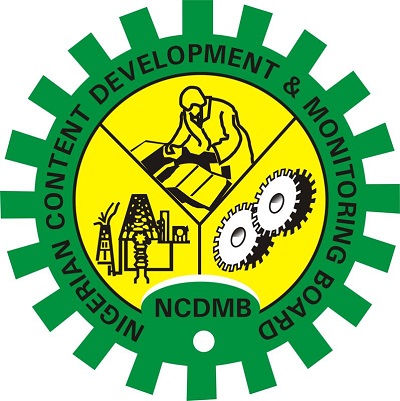 THE Nigerian Content Development and Monitoring Board (NCDMB), has waded into the N970 million dispute between the Nigeria Liquefied Natural Gas (NLNG), and a Nigerian company, Macobarb International.

News Agency of Nigeria (NAN) gathered that the N970 million contractual dispute is being mediated by the NCDMB as reconciliatory meetings were held at NCDMB’s headquarters in Yenagoa.

Macobarb wants to be paid about N970m by the NLNG for what it termed wrongful termination of a contract and value for downtime and equipment on site over a period of time.

Several organisations have made unsuccessful efforts to mediate in the dispute including the Nigerian National Petroleum Corporation (NNPC), Shell, and Office of Attorney-General of the Federation amongst others.

NAN sources at NCDMB said the board got the complaint in October 2019 and invited both parties and the first sitting was held about Dec. 10, 2019 at the Yenagoa head office of the board.

A senior official of the board, Mr Alexis Emele, chaired the reconciliation meeting.

The source who participated in the talks said Macobarb asked for what it called ‘Standing Time Amount’ when the NLNG kept the company’s equipment and key personnel doing nothing on offshore contract for 559 days.

The Nigerian company said it calculated the claim with contract standing time rates to get N958 million, plus outstanding balance on turnstile and vehicle barrier Macobarb supplied the NLNG as part of the contract, all totaling N970m.

Macobarb had complained to numerous organisations that it had been rated as a top performer in contracts with the NLNG until it was upgraded and awarded a Turnstile and Security contract in 2014.

The company said the contract’s biggest term was that there would be no mobilisation fee paid to Macobarb, but that every milestone achieved and approved would be paid for, failing which the defaulter would pay penalty.

The CEO of Macobarb, Mr Shedrack Ogboru, said that when it was time to pay the first batch, after all due technical approvals, one man in NLNG stopped payment without offering any reason.

He said the unwarranted development affected the job so badly that performance was impossible.

He said that he had taken loans from a bank to execute the early stages of the contract, only for payment to be stalled.

He expressed regret that the NLNG only turned round to terminate the contract, leading to protracted dispute.

The NLNG Management, led by Mr Tony Attah, had in a reaction said that the contract was terminated due to non-performance.

At the NCDMB brokered talks, the NLNG was said to have insisted that it terminated the contract on grounds of non-performance and paid the contractor the value of work done.

Macobarb was said to have rejected it, saying the terms of the contract were grossly violated by pushing the company into non-performance through non-payment of milestones achieved.

It was gathered that both sides tabled their positions and that the NCDMB asked them to report back on a date early in January 2020.

The NLNG was said to have disputed figures tabled by Macobarb but the mediators asked Macobarb to furnish the Board with the information itemising all outstanding claims being allegedly owed by NLNG on the contract.

The Board was said to have also asked the NLNG to revert with information concerning the status of payments on demobilisation for the contract and the 20ft container kept in their place by the contractor as part of the contract terms.

Macobarb expressed optimism that the matter would be resolved by the NCDMB instead of resorting to court so that other Nigerian companies affected in the contract could heave a sigh of relief. (NAN)