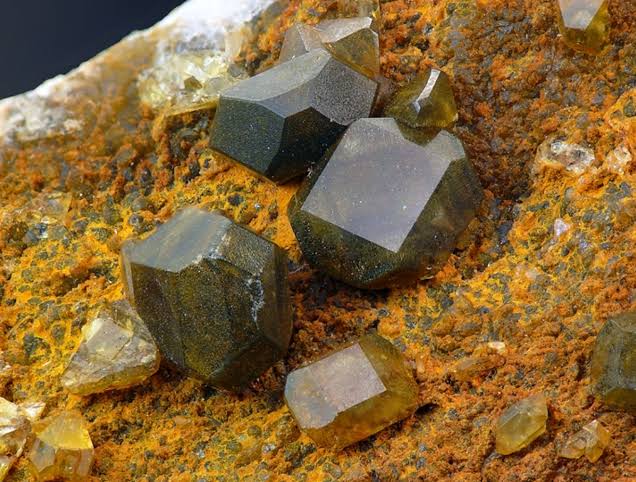 The Minister of Mines and Steel Development, Arc. Olamilekan Adegbite has said that Nigeria spends $300 million yearly on barite importation.

Adegbite who made this disclosure while receiving the National Integrated Mineral Exploration Project (NIMEP) preliminary report recently, noted that the imported barite is used in the oil and gas industry.

He said the Federal Government had concluded plans to launch its locally made barite in October as part of efforts to promote Nigeria barites and boost the economy.

Arch. Adegbite said that 50 bags of barites would be unveiled to encourage barite miners and also woo investors to invest in barite.

According to the minister, the ministry is doing quality control on barites being produced and getting entrepreneurs to develop a robust bagging system that would meet international standards.“This process is to satisfy our local industries, oil and gas and also export the product to our neighbouring countries such as South Africa and Ghana that just discovered oil.

On the National Integrated Mineral Exploration Project (NIMEP) report presented by two contractors handling gold and barite exploration to the ministry, the minister expressed satisfaction, saying that it had indicated that Nigeria was on the right mining track.“Mining is all about data. We cannot do mining without data. With the exploration done by these contractors, we are de-risking the sector and we will be able to attract the right investment into the country.

NIMEP is a project, designed by the Federal Government to carry out an integrated exploration to de-risk the Nigerian mining sector and provide geosciences data to key into minerals needed for the fourth industrial revolution.The objectives of NIMEP is to generate geosciences information in Greenfield and Brownfield settings through integrated exploration methodologies and it is aimed at spurring desired investment into the sector, to generate foreign exchange, among others.

The minister noted that the NIMEP project started by his predecessor, Gov. Kayode Fayemi, the then minister had noted that N15 billion was invested into exploration projects.

According to him, there is need to sustain the projects, noting that additional funds are required for further exploration on minerals.

Director-General of the Nigerian Geological Survey Agency, Dr Abdulrazak Garba, said that the exploration contracts were awarded after passing through ministerial and Bureau for Public Procurement screening processes.

Garba said that NIMEP was a flagship effort of the ministry in line with the diversification efforts of the government, aimed at rapidly generating exploration data.

He stated that results obtained so far suggested new areas with anomalous concentrations which if confirmed to be sizeable had potential of becoming projects.

According to him, promotional efforts on the NIMEP have put the nation on the spotlight and all eyes are on Nigeria.

Mr Yunusa Mohammed, Head of Secretariat of NIMEP lauded the minister, permanent secretary and other members of staff of the ministry who made the project a success