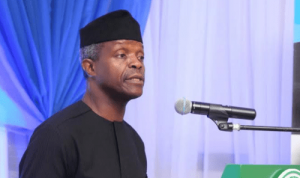 Bello, who doubles as chairman, Nigerian Fleet Implementation Committee, NFIC, the Vice President, Prof Yemi Osinbajo has directed the NFIC and the Nigerian Investment Promotion Commission, NIPC, to review an existing proposal on the plan and work out the details of incentives that would make the plan work.

According to the executive secretary, the vice president also requested for a holistic and credible approach to address the issue and for the proposal to be represented for consideration and approval.

With the directive from the vice president, Bello said the committee has held meetings with the NIPC to work out the modalities for the granting and implementation of incentives to achieve the development and sustainability of the national fleet.

He said the vice president equally charged his committee to identify partnerships, benefits and the role of the private sector in achieving the Nigerian fleet project.