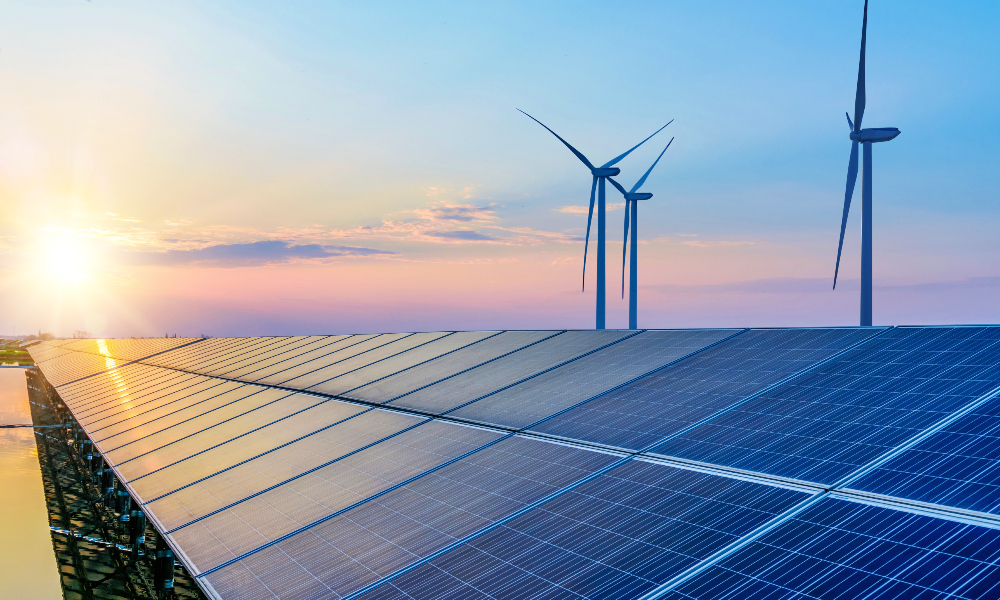 Nigeria Misses Out as Five African Countries Set to Lead Growth in Solar, Wind Projects in Next Five Years

Despite Nigeria being the largest economy in Africa, the country has continued to face the challenge of epileptic power supply, which has in no small measure affected growth of businesses, particularly, small and medium scale businesses.

The African giant currently has installed electricity generation capacity of a little above 13,000 megawatts (13 gigawatts),  mainly  from thermal and hydroelectric sources.

The Minister noted that in line with the United Nations Energy for All Initiative, the country has developed electricity vision, with the intention to increase the country’s electricity generation capacity to 30 gigawatts by 2030.

“The ministry endorsement of this event is based on the fact that over the years the conference has been proffering solutions to the power sector challenges. Aligning with the United Nations Energy for All Initiative, Nigeria developed electricity vision, EB 30:30:30, which intends a minimum electricity generation capacity of 30 gigawatts by the year 2030. Also as a party, Nigeria made a commitment to reduce greenhouse gases by 20 percent unconditionally and 45 perfect conditionally,” he said.

However, with less than 10 years to 2030, the country has made little or no progress in this regard, especially in the area of maximizing opportunities in the renewable space to increase its generation capacity.

A recent Rystad Energy analysis shows that Africa’s installed capacity of renewable energy, which stood at 12.6 gigawatt (GW) in 2019, is set for consecutive years of growth,

It stated that “At present, South Africa leads the continent in terms of installed renewable energy capacity with 3.5 GW of wind, 2.4 GW of utility solar, and a solar-dominant 1 GW pipeline of projects in development. Egypt and Morocco are in second and third place in terms of solar capacity with 1.6 GW and 0.8 GW, respectively.

“Nearly 40 out of 50 African countries have installed – or plan to install – wind or solar projects. And although the learning curve may be steep for first-time market entrants with sizable development pipelines, inexperienced players will be able to leverage the lessons learned in Egypt, South Africa and Morocco and implement this knowledge into development plans.

“Algeria will see the most renewable growth in Africa towards 2025, increasing capacity from just 500 megawatt (MW) in 2020 to almost 2.9 GW in 2025. The increase will come primarily from one mega-project, the 4 GW Tafouk 1 Mega Solar Project, which will be developed in five phases of 800 MW capacity each, to be tendered between 2020 and 2024.”

Rystad Energy expects three of the tendered projects with 2.4 GW of capacity will be commissioned by 2025.

“Tunisia will also see formidable growth, skyrocketing from 350 MW of renewable capacity in 2020 to 4.5 GW in 2025. The additions will come from larger solar plants such as the 2 GW TuNur Mega Project, which is currently in the early stages of development and is expected to come on line by 2025.

“In terms of speed, Egypt has been one of the quickest African nations to install solar and wind since 2017, and currently has approximately 3 GW of installed capacity. The country has a massive 9.2 GW development pipeline – which mostly consists of wind projects – putting Egypt on track to overtake South Africa in 2025 and become the green powerhouse of Africa,” the data consulting firm stated.

It further explained that “Growth will come from large projects such as the 2 GW Gulf of Suez Red Sea Wind Project, which will be located in the governorate of the Red Sea. Of the capacity to be installed, 500 MW will be developed by German giant Siemens Gamesa and 1,500 MW remains to be awarded. Four out of the top 10 projects to be developed in Africa in the next five years will be in Egypt, underscoring the Egyptian government’s commitment to its renewable goals.

“Morocco follows Egypt in terms of the quick pace of installations with 2.5 GW of installed capacity, dominated by 1.7 GW of wind power. Rystad Energy expects solar will drive the growth there, with a handful of large projects already in the works such as the 1 GW Noor Midelt Hybrid (CSP + Solar PV), the 400 MW Noor PV II, and the 120 MW Noor Tafilalet.

“Ethiopia’s capacity numbers will also take a huge leap: The county currently has only 11 MW of installed solar capacity and close to 450 MW of installed wind, but is expected to have 3 GW of renewable capacity on line by 2025. The Tigray Hybrid Project will drive this increase and is expected to contribute at least 500 MW of solar capacity by 2025, assuming a resolution to the current ongoing conflict by then

“The cost of renewables is at an all-time low now, and as larger markets such as China, India and Europe are on track to reach installation targets, wind and solar components will become ever cheaper and more easily accessed, creating a conducive environment for investment also in Africa.”

Commenting on the new projection, Rystad’s analyst, Gaurav Metkar,  said: “Development on the continent has historically been slow due to political instability, lagging policy and infrastructure, and poor procurement. However, as electricity demand increases, many African nations are turning to renewable solutions to meet energy targets, with solar overtaking wind in the next five years as the renewable technology of choice.“