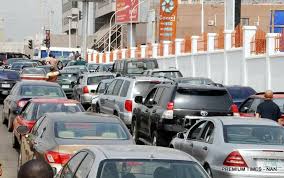 Nigeria may face scarcity of Premium Motor Spirit, popularly called petrol, in coming days as oil workers under the aegis of the Petroleum and Natural Gas senior staff Association of Nigeria were ordered by the association to vacate their duty posts..

The order was issued and signed by the General Secretary, PENGASSAN, Lumumba Okugbawa in a letter to all branch chairmen of PENGASSAN titled, ‘’Re:Breach in agreement on IPPIS implementation and redundancy in Baker Hughs’’, dated November 8, 2020. It was also copied to the Central Working Committee members of the association.

The letter read in part, “We refer to the above letter dated November 2, 2020 where we gave seven days ultimatum and further extension to the relevant government agencies and institutions.

“Regrettably and upon the expiration of the ultimatum, nothing concrete has been done with regards to the outstanding issues as enumerated in the letter.

In view of the above and with the expiration of the ultimatum and subsequent extension, you are hereby advised to withdraw services effective 12 midnight on Sunday November 8, 2020.”

The association directed the branch chairmen to ensure that their members fully comply with the directive, adding that the chairmen should await further directive.

“All zonal offices are to monitor compliance and report the same to the national secretariat,” PENGASSAN stated in its letter.

In an Interview with Punch correspondent in Abuja, Okugbawa said that the strike was to kick against the failure of the government to make any concrete move as regards the differences between PENGASSAN and government on matters bordering on the Integrated Payroll and Personnel Information System.

“Yes, I signed the letter and it is from the association to all branch chairmen but up till this minute, we’ve not received any word from the government on the issues of concern,” he said on Monday morning.