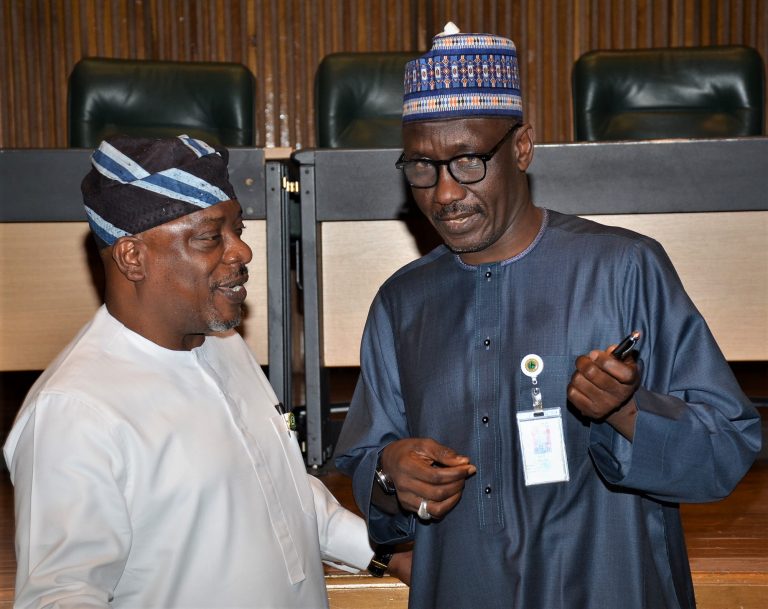 The Nigerian National Petroleum Corporation (NNPC) has disclosed that the nation lost about $750 million to oil theft in 2019.

In a presentation to members of the Executive Intelligence Management Course 13 of the National Institute for Security Studies (NISS) who visited the NNPC Towers, Abuja, on a study tour Tuesday, the Group Managing Director of NNPC Mallam Mele Kyari, decried the growing activities of oil thieves and pirates which he described as a threat to the operations of the  corporation.

The GMD who spoke on the topic: “Piracy in the Gulf of Guinea; Issues, Challenges for International Trade, National Security and Sustainable Development of Member States”, stated that any threat to the corporation’s operations was a direct threat to the very survival of Nigeria as nation because of the strategic role of the corporation as an enabler of the economy.

He listed other security challenges facing the corporation to include vandalism of oil and gas infrastructure and kidnapping of personnel, adding that there was a deep connection between the various shades of insecurity challenges as they are all linked to what was happening in the Gulf of Guinea and the entire maritime environment.

He called for a concerted effort and synergy to secure oil and gas operations for the economic survival of the country.

Responding to questions on the challenge posed by the proposed energy migration by most western countries to renewables, the GMD said that fossil fuels would still be relevant and that the demand for crude oil would not reduce in the nearest future.

“Even by 2050, fossil fuel would account for 80 per cent of the energy mix, and there would still be consumption of at least, 100 million barrels of oil per day. We are determined to remain relevant in the long term”, he assured.

In his presentation, NNPC Chief Operating Officer, Downstream, Engr. Yemi Adetunji, said in 2016, the Gulf of Guinea accounted for more than half of the global kidnappings for ransom, with 34 seafarers kidnapped out of 62 cases worldwide.

He said the corporation was working closely with security agencies to tackle the security challenges, and cited the “Operation Kurombe” that was recently conducted by the Nigerian Navy at the Atlas Cove as an example of such collaborative efforts.

On his part, the Executive Director, National Institute of security Studies, Dr. Ayodele Adeleke, called for synergy among the security agencies to tackle the security challenges not only in the Gulf of Guinea, but in the Nigerian Petroleum Industry generally.

The visiting team was drawn from 18 agencies within and outside Nigeria.