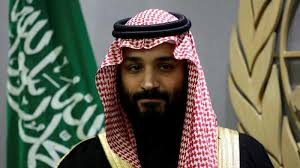 US vs OPEC With Saudi as the umpire

Late in September, when oil price hit a 4-year high, President Donald Trump called on OPEC to do something about it, he was rebuffed.

Trump isn’t a stranger to the politics around trade wars; China and Europe, among others can testify to that.

“Oil prices getting lower. Great! Like a big Tax Cut for America and the World. Enjoy!… Thank you to Saudi Arabia, but let’s go lower!”

OPEC has been served!

We look forward to seeing how Secretary General Barkindo and his team will respond, seeing that Saudi Arabia might not co-operate this time.

One wonders if the Khashogi-MbS saga adds to this equation, particularly in the face of a threatened “sanctions regime” by UK and Europe.

Would there be another ‘Declaration of Cooperation’ by OPEC and its non-OPEC partners? How formidable would that be without a key member: Saudi Arabia?

Whatever the resolve of Saudi Arabia, Nigeria, Angola, Ghana, and other African states who have relied heavily on crude will need to brace up for tough times, intensify diversification plans while praying the industry doesn’t slide into a repeat of 2014-15 era.

Oilserv Chief To Discuss Infrastructure Development In Nigeria At UNN

…for me, it’s more of work-life integration than work-life…