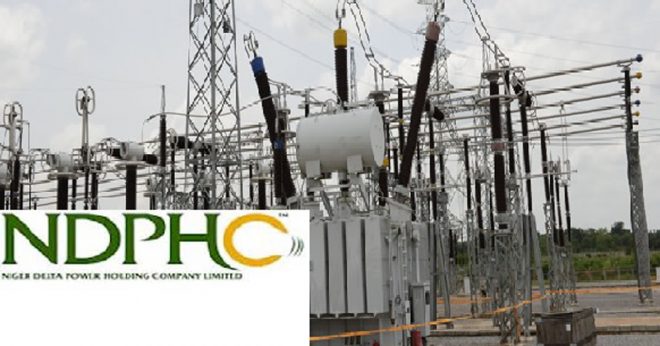 The agency is owned by the Federal Government. It is charged with building 10 medium power plants nationwide to add 5,000 megawatts (Mw) to the national grid as part of the government’s efforts to boost power supply.

Specifically, NDPHC is working towards ensuring that more than 300Mw of stranded power is evacuated through new transmission lines that would serve electricity consumers in Lagos and Ogun states.

According to NDPHC Managing Director, Mr Chiedu Ugbo, the agency will achieve this goal by constructing 132 Kv Multi-Circuit Transmission Lines, which had been delayed by Way Leave constraints.

He spoke during a tour of the company’s transmission sub-stations at Oke-Aro, a suburb of the state. Ugbo said the project would help in improving power supply as well as boosting socio-economic activities in the state.

Ugbo said: “We have electricity to serve Nigerians but it is stranded either at power stations or transmission stations due to some challenges. We are collaborating seriously with the Lagos State Government to ensure that the available power gets to the end-users.

“The project has been on for some time. NDPHC is collaborating with the governments of Lagos and Ogun states and they are trying to actively assist the agency, to resolve the problems.”

Seven feeders, Ugbo said, were going out of the power station that should have taken at least 100Mw, but the feeders between the two power distribution companies – Ibadan Electricity Distribution Company (IBEDC) and Ikeja Electric (IE) are taking less than 30Mw.

NDPHC, he said, called IE and was told about the challenges of distributing the electricity in its jurisdiction. Ugbo said the development informed the decision of NDPHC to work with the Lagos State Government on the issue.

“We are working with the Lagos State Government on how to resolve the issue. We have seven feeders out of which four were going to areas, such as Akute, Lambe, New Iju and Yidi; all under Ikeja Electric.They all go to Ikeja Electric’s injection substations where they are further distributed to the end-users at 11 Kv lines,” he added.

Ibafo, Ugbo said, is under Ibadan DisCo and that the town services areas, such as Redemption Camp, Magboro and its environs.

Similarly, the Commissioner for Energy and Mineral Resources in Lagos State, Mr Olalere Odusote, said the state has enough capacity to supply electricity to the consumers, stressing that there are about 500Mw that are unutilised due to inability to evacuate it for use by consumers.

Stakeholders have expressed opinions on the issue. While some welcomed the initiative, claiming that it would boost supply of electricity in Lagos and Ogun states, others did not.

Founder, Change Partners International, Mr Akachukwu Okafor, said the decision by NDPHC to partner the governments of Lagos and Ogun states, holds some socio-economic gains for the two states.

He said aside that the initiative would be of benefit to the government and help improve supply of power in those two states.

Akachukwu said the development is good for the sector as it would enable the government to evacuate stranded  megawatts and distribute it to consumers.

Akachukwu said: “The partnership between NDPHC and the governments of Lagos and Ogun states is commendable.

The idea ensures that electricity that is generated and got stuck in the process of making it available for use by consumers can be recovered to improve economic activities in the country.

More importantly, the initiative would provide revenue by way of tariffs, finance some liquidity issues, which the electricity market is facing.

Nigeria, he said, does not have the opportunity to have a stable electricity industry due to certain problems. He said the problems include shortage of gas, poor liquidity, non-reflective tariffs, inability of individual and corporate consumers to pay their bills promptly.

Consumers, he said, were ready to pay for the electricity once they were getting it regularly.The government would be doing the industry a great deal by helping to evacuate some volumes of electricity that are stranded in the country.

According to the Managing Director, Meters Electricity Manufacturing Company of Nigeria (MEMCOL), Mr. Kola Balogun, the problems in the sector were multi-dimensional. He urged the Federal Government to find solution to them.

He said the government could make gas available in the sector. He said once gas is made available at an affordable rate, the sector would bounce back.

He said the evacuation of stranded electricity would be done once the generation, distribution and transmission working seamlessly.

He advised the government not to overlook the roles by the three key stakeholders, adding that their operation must be oiled to have a stable electricity industry.

FG asks DisCos to show capacity or step aside