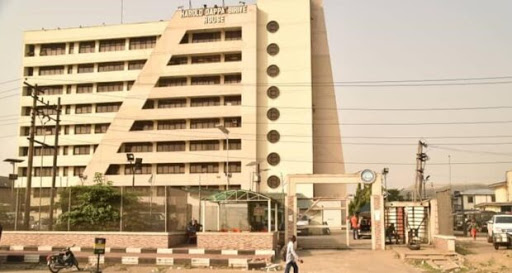 The Niger Delta Development Commission (NDDC) has paid N33 billion as debts to its vendors since the inception of the expanded Interim Management Committee (IMC), inaugurated on February 20, 2020.

The Director, Corporate Affairs, NDDC, Mr Charles Obi disclosed this on Monday while speaking during a press briefing at the Commission’s headquarters in Port Harcourt, Rivers State.

Odili, explained that the N33 billion that was paid was just a very little part of a debt portfolio of about N2 trillion.

He said, “the Commission has paid what we describe as historical debts amounting to about N33 billion from the inception of the expanded IMC on February 20, 2020. The historical debts cover debts to our vendors; some persons who have been owed between N1 million and N3 million, some for over seven or eight years.”

Odili noted that the payments were actually intended to alleviate the sufferings and plight of Niger Delta people, adding: “The essence is to save lives and livelihoods of the Niger Delta people because some people borrowed money from banks to do little supplies and some of them got very ill and were in the hospitals and there was nothing that the IMC could have done but to assuage to this very humane issue and I think that any compassionate person anywhere in the world will do same.”

He maintained that the historical debts, which have been settled to a large extent, included the Commission’s obligations to those who do supplies and render services, like hotels and other things to keep the organisation running.

“The National Assembly has instructed us not to pay for road projects and most of the contractual obligations we owe to our contractors who are complaining are those who have done majorly road projects. So, we have an instruction from the National Assembly not to pay and we are abiding by this instruction. When it is lifted, all our contractors, especially those who have done road jobs will get their payments,” Odidi said while explaining why some NDDC contractors have not been paid.

According to the NDDC Director, “the Commission has a debt portfolio of about N2 trillion. So, when people say that we have paid so much they do not know that we have just paid very little from the avalanche of debts that we owe as an organisation and sincerely no organisation will want to be in a situation like this.”

Odili said: “A large percentage of the N2 trillion has to do with emergency projects. When the budget doesn’t come on time as at when due, some managements have taken recourse to this line of action to solve an emergency and often times because the budget is not available, the emergency often runs for a long time and this is rather unfortunate. It is not a thing that we are continuing with. But we are dealing with it as something that happened in the past.”

Lamenting that the 2019 budget of the NDDC was never implemented because the final budget got to the Commission six weeks before its expiration, Odili appealed for a quick approval of the 2020 budget. “Once that is done a lot of things, a lot of actions will be expedited,” he said, adding that “When there is a staccato of voices, where there is a lack of unanimity of purpose, as we have seen in recent times, the Niger Delta region suffers for it. The IMC was instituted by Mr President through the Office of the Minister of Niger Delta Affairs to provide the enabling atmosphere for the forensic audit to thrive. We should not detract from this assignment. Let us give them a chance to succeed.”

Ikeja Electric set to meter 400,000 Customers in next two years