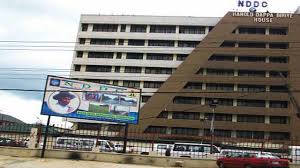 The Niger Delta Development Commission (NDDC) has mulled plans to train Niger Delta youths in underwater-welding, so that they can benefit from the Nigeria Liquefied Natural Gas (NLNG) Train 7 project, a release by the commission’s Director, Corporate Affairs, Charles Obi Odili, has said.

The Acting Managing Director of the Interim Management Committee (IMC) of the commission, Professor Kemebradikumo Pondei, disclosed this when prominent Niger Delta leaders and critical stakeholders paid him a solidarity visit in the commission’s headquarters in Port Harcourt.

Pondei, who lamented that various agricultural programmes have failed in the Niger Delta region on account of poor funding, stated that the Commission had started a pilot rice planting project which would be spread across the region subsequently.

“This project will help in getting our youths to be meaningfully engaged in farming. The Central Bank of Nigeria, CBN, is ready to provide loans for it.

“We also have plans to train our youths to benefit from the Nigeria Liquefied Natural Gas, NLNG, Train 7 project. Barring funding challenges, we want to train the youths in under-water welding,” he said.

Pondei, noted that the IMC was poised to reposition and refocus the Commission as directed by President Muhamadu Buhari.

He said: “The NDDC has existed for 20 years, doing things the same way and it has not been able to deliver on its core mandate of fast-tracking development in the Niger Delta region.

“We have tried to make some changes but we met a lot of challenges. We believe that with all hands on deck and leaving the past behind, we are going to surge forward and bring the needed development to our people.”

Pondei expressed sadness that the NDDC, which was set up as an interventionist agency, ended up performing the functions of local and state governments, thus limiting its capacity to intervene where necessary.

He declared: “We want to return the NDDC to its proper role as an interventionist agency.

“That is why we are revisiting the region’s roadmap, the Niger Delta Regional Development Master Plan. The development compass needs review and we will need inputs from all stakeholders to once again underline what the NDDC is supposed to be doing.”

In the area of project monitoring, Pondei said that the Commission had since changed its approach. He explained: “In the recent inspection of just 15 projects by the Executive Director Projects and his team, the Commission saved N1.6 billion from overstated milestones. They could not match what was on ground with what was presented in Interim Payment Certificates, IPCs. We could have done more of these project inspections but for the distractions coming from our detractors. Nevertheless, we are set to resume the inspection visits.”

The NDDC boss said that the Commission had been engaging the governors of the nine Niger Delta states. According to him, “our plan is to hold regular meetings but this has not been realized because of the challenges of the COVID-19 pandemic. However, we have been able to hold virtual meetings through Zoom.”

Earlier, the  Niger Delta leaders led by Chief Timi Kaiser Ogoriba, declared their support for the on-going forensic audit in the Commission and  threw their weight behind the  IMC, of the  commission.

The delegation, which included Ankio Briggs and Asari Dokubo, lauded the IMC for taking some notable strides, while urging it to do more because the development of the Niger Delta region was still a far cry from what was envisaged by those whose agitations led to the establishment of the NDDC.

Ogoriba said: “The on-going forensic audit is very necessary because the funds that have passed through the NDDC from inception till date, do not match the development on ground. Given this fact, anyone that is against the forensic audit has a problem and such a person is an enemy of the Niger Delta people.”

He observed that a lot of the funds that had come into the NDDC were not properly managed, stating: “We want a situation where things are done differently for better results.”

In her own remarks, Briggs who is an environmental and human rights activist, bemoaned a situation where the NDDC and the Niger Delta region were now a laughing stock in Nigeria because everybody who wanted to make excuses for the injustice in the region, cites the poor performance of the NDDC.

The truth, she said, was that the Commission had to deal with a system where its budget must be taken to the National Assembly where the lawmakers were at liberty to pick and choose what they want before approving the budget.