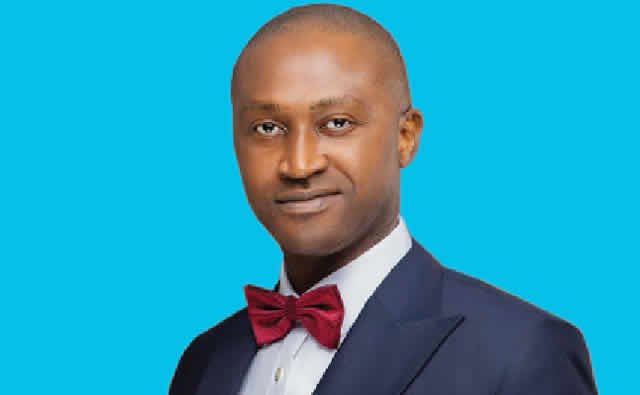 Oji who stated this in an interview with the Punch said that considering the fact that Nigeria has abundant oil and gas reserves, it is important that the country maximize the known and existing potential whilst making further investments in exploration.

He, however, averred that mandating a percentage for frontier basin exploration as contained in the recently passed Petroleum Industry Bill (PIB), is “a mistake and should be corrected.”

According to Oji, the country’s focus should be on   diversifying its economy by building a strong and well-funded sovereign wealth fund to drive the diversification agenda.

The PIB as passed by the National Assembly mandates that the new Nigerian National Petroleum Corporation (NNPC) should be spending 30 per cent of its profits on oil exploration in the frontier basins.

“In my view, capital allocation is best handled by competent managers of any corporate organisation of the size of the new NNPC. Mandating a percentage for frontier basin exploration is a mistake and should be corrected,” Oji said.

“If anything, we should be seeking to diversify the Nigerian economy by building a strong and well-funded sovereign wealth fund to drive the diversification agenda. We need to invest more in gas as a transition fuel, invest in renewables to future-proof our economy and channel our available funds to the most important resource that Nigeria has which is her people.

“Aggressive human capacity development in the frontier basin is guaranteed to pay more long-term dividend than a certain per cent profit allocation for exploration in the same basin.”

Oji who had worked in several jurisdictions including the Netherlands, UK and much of Europe, Singapore and far East Asia up to Australia, Kazakhstan, India, the United States, and so on, identified regulatory uncertainties, host community issues, high level of pipeline vandalism and crude theft, and general insecurity, as some of the peculiarities of the Nigerian oil and gas industry.

On how the country can attract investments to achieve the Decade of Gas plan, Oji said that with the right investment friendly policies and securitisation of investments, about $40 billion needed to achieve the potential of the plan can be achieved.

“Look at the NLNG Train 7 example. Over $10bn was needed but this was massively oversubscribed even during the lock-down,” he said.

“In simple terms, it is possible to attract this level of investment if our policy trust as a nation is specifically aimed at attracting these investments.

“The investment dollars are there but it will go where the most enabling environment has been created for it. That’s the challenge for our policy makers.

“As you can understand, Nigeria is in a global competition for investment dollars. New investors will be taking a hard look at the experience of existing investors before they come in.

“These things are not so complicated. You can look at NLNG case and replicate the conditions that attracted such massive oversubscription for Train 7, and you will attract the needed investment. The same is applicable in deep offshore. Look at the Production Sharing Contract terms that enabled Bonga investment, you replicate the same, of course benchmarking with new deep offshore basins like Guyana, Suriname etc and you will attract the needed investment dollars.

“My advocacy is, treat your existing investors well so that new ones will come in and we need to replicate what we have done in the past that worked very well as in the examples I have given.”

“The gas market in Nigeria must mature enough to absorb all that we can produce. We are aligned with the conventional wisdom of developing gas supply to match demand. This is because you cannot store gas unless you liquefy it. You want to sell the gas to a paying customer before you make the investment to drill a non-associated gas well.

“We are in the process of finalising gas purchase agreements for these extra volumes of gas before we commence the drilling campaign.

“With the completion of the AAK pipeline which opens more opportunities for our gas demand, 600mmscfd is not far from our reach.”

To address the energy deficit in the country, particularly in the power sector, Oji urged the Federal government to commit to extending gas pipelines to all the states of the federation.

To start with, he said that the Trans Niger Gas Pipeline should kick-off, adding that the Federal Government must welcome private investor investments in gas pipeline development across the country.

He also said that the country needs an expanded grid and power transmission network; more investments in the distribution network including providing consumer meters as well as investments across the entire power value chain and the right polices to enable investments.

According to Oji, the completion of Ajaokuta-Kaduna-Kano gas pipeline, which is expected to come on stream in 2022, will be good news to gas producers because it means more customers, adding that “there is a huge gas market in northern Nigeria but due to the infrastructural challenges, there is limited accessibility to gas.”