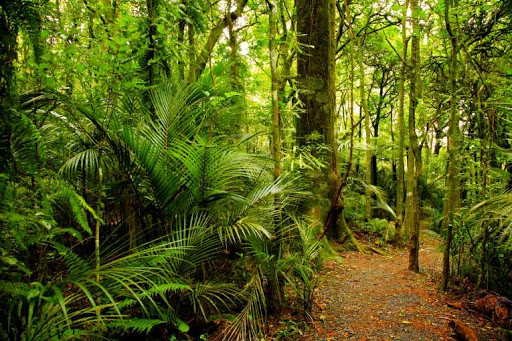 The Nigerian Conservation Foundation (NCF), on Wednesday, called for a concerted effort toward the protection of the environment and the conservation of nature.
The foundation made the call at its 31st Annual General Meeting (AGM) in Lagos. Welcome participants, Chief Philip Asiodu, President, Board of Trustees of NCF, said that the foundation had identified the need to partner with religious organisations and groups in this direction.
“This metamorphosed into the creation of a Nigerian faith-based initiative on the environment.
“

Also, during the year, NCF partnered with the West African Forest Plantations Limited (WAFP) to conduct a field assessment of the Oluwa Forest Reserve in Ondo State,’’ Asiodu said.
According to him, the partnership is aimed to evaluate the potential for the rehabilitation and sustained management of a 32,000 hectares forest plantation in the reserve and its surroundings.
“This is to support the ongoing conservation efforts around a proposed wildlife sanctuary within the reserve. He said Nigeria was among the five countries with the highest rate of deforestation in the world.
The country, he said, is at the risk of losing its biodiversity-rich rainforest landscapes which are among key hotspots in Sub-Saharan Africa. He noted that the remnant forest landscapes in South-Western Nigeria were now highly degraded and fragmented.

“But the forest still harbour flagship species of high conservation value such as the African forest elephant, Nigeria-Cameroon chimpanzee and white-throated monkey, all of which are critically endangered. Chairman of NCF, Chief Ede Dafinone, in his presentation, remarked that the establishment of the NCF South-West Zonal Office in 2019 was timely. Dafinone said that NCF was rallying support, building partnerships and catalysing actions in aid of reversing forest landscape degradation.

“We are quite excited that NCF and Total E&P Ltd have built on contacts initiated last year and signed a Memorandum of Understanding, which is set to result in the promotion of habitat restoration, nature and conservation.
He said that environmental education, ecotourism, research, policy advocacy, public engagement, preservation of cultural heritage and integration as well as the provision of other tangible and intangible benefits to the environment and people of Nigeria were being promoted through this partnership.

The chairman also said that the foundation is also “jointly working with Shell Petroleum Development Company (SPDC) to implement a four-year Biodiversity Action Plan (BAP) project at the SPDC’s Integrated Oil and Gas Project Site bordering Taylor Creek Forest Reserve and some portions of Upper Orashi Forest Reserve at Gbaran-Ubie in Bayelsa’’.
Dafinone explained that NCF has remained a strong voice in the advocacy campaign and awareness creation for the conservation of endangered species like vultures, illegal wildlife trade, like the pangolin, adjudged most trafficked mammal in the world.

In his contributions, D-G NCF, Dr Muntari Aminu-Kano said that eradicating the ongoing loss of nature globally and in Nigeria was a herculean task.
Aminu-Kano said that the enormity “is graphically illustrated by a report of UN experts from more than 50 countries that was released in March 2019’’.
He said that the assessment by the Inter-governmental Platform on Biodiversity and Ecosystem Services (IPBES) shows that more than a million species are on the brink of extinction due to human activity.
“It also highlights that we are in the middle of the sixth mass extinction. “Habitat change, especially from deforestation as a consequence of agricultural expansion, is the major driver.

“This is true in Nigeria as well as across the globe,’’ the DG said. In view of this erosion of nature and the environment, he said that NCF would continue to focus on its Green Recovery Nigeria (GRN) programme to tackle the loss of nature crisis in our country.

He said that during this past year, NCF has perfected plans and assembled all the key human, financial and technical resources with one ambition of planting at least 2.5 million trees across Nigeria in 2020.
“This will form 10 per cent of President Muhammadu Buhari’s commitment to the United Nations in September 2019 that Nigeria will plant 25 million trees in 2020.
The News Agency of Nigeria (NAN) reports that the AGM was held virtually in compliance with the COVID-19 pandemic protocol.