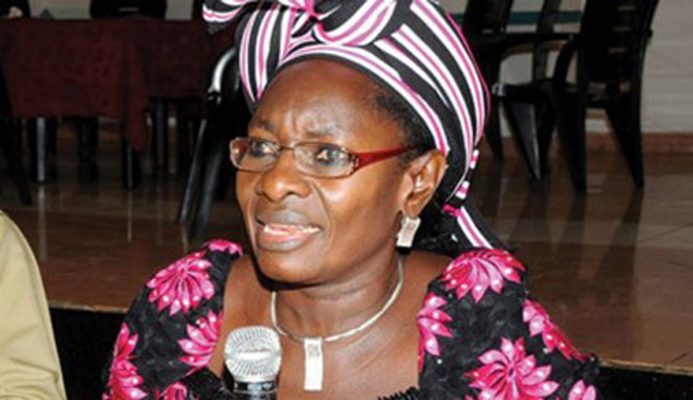 Minister of Women Affairs, Dame Pauline Tallen, has challenged women in the oil and gas sector to strive to attain leadership positions to enable them to make impact in the sector.

Tallen made this known at the 4th Women in Petroleum and Gas Senior Staff Association of Nigeria (PENGASSAN) national Conference (WIPCON), in Abuja, on Thursday.

The theme of the conference is: “Gender Inequality: Need for women Empowerment for Sustainable Balance’’.

Represented by her Special Adviser, Ms Jumai Idonije, the minister said PENGASSAN remained a group that the ministry would partner in pursuing the course of women in the country.

She said that WIPCON members must strive to become PENGASSAN president adding that men in the industry should give women all the support they needed.

“I appeal to the President of PENGASSAN to understand that women are their partners, support effort to curb inequality and push for sustainable development.

“The Ministry will continue to join in the campaign that focuses on empowering women to allow them participate in the growth and development of the oil and gas and the nation at large.

“I want to see where and when women will take all the position in PENGASSAN,’’ she added.

Mr Michael Ndukaku, PENGASSAN President said that the essence of organising programmes such as that was not only to celebrate womanhood but to address peculiar issues affecting women globally and within the association.

“Today it is no longer uncommon to see women run businesses, even in the biggest corporations or hold titles in the upper ranks of management,’’ he said.

He said that women must be ready and prepared for roles in the leadership positions noting that they must be committed and capable of taking available opportunity.

He said that it was unfortunate that Nigeria had yet to reach the 40 per cent women participation and inclusiveness in all spheres of organisations.

He also called on them to close gender gap at more senior levels.

This, he said, suggested that impediments to women advancement were more complex and elusive than deliberate forms of sex discrimination or family responsibility.

He assured that PENGASSAN would create framework for women to continue to participate effectively in the oil and gas sector.

In her remarks, Mrs Roslyn Wilkie, Assistant Director, Department of Petroleum Resources said that women must speak out and not be shy in whatever they were doing.

She advised women especially in the oil and gas sector to position themselves for leadership positions by getting proper education, skills and exposure required in the job.