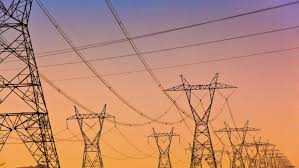 The Transmission Company of Nigeria (TCN) says it has recorded the fastest recovery of the power grid system after a partial collapse on Wednesday.

Acting Managing Director of TCN, Mr Sule Abdulaziz, disclosed this in Abuja on Thursday during a news conference.

It Would be recalled that the national power grid suffered its first collapse on Wednesday, plunging most parts of the country into darkness.

Abdulaziz said that according to data on the partial system collapse obtained,  the parts that were affected by the incident were fully recovered in 45 minutes,

He said that the recovery was  the fastest of such in the history of the power sector.

“The records also showed that during the system disturbance, power supply at the South-Eastern axis remained intact without experiencing an outage.

“ The swift recovery of the grid was made possible as officials of the Independent System Operations (ISO) arm of TCN moved in quickly to salvage the situation.

“We had one system collapse earlier and the one of Wednesday which was partial collapse is the second time the grid is experiencing system disturbance in the last eight months.

“This has never been the case in the power sector history. It is also happening at a time when the national electricity grid has increased in the capacity of energy it delivers to consumers,” he said.

The managing director said that stakeholders in the Nigerian Electricity Supply Industry (NESI) were  working really hard to improve services for electricity consumers and build on the achievements made so far.

He said the grid recovery from the latest system collapse in just 45 minutes shows that the commitment of President Muhammadu Buhari and the Minister of Power, Mr  Sale Mamman, towards bequeathing an improved power sector to Nigeria was working.

Abdulaziz said that the Federal Government was working hard toward zero system collapse.

“As we speak, our engineers are working on the replacement of corroded glass disc insulators on Tower 425 of Ikeja West to Osogbo 330 kilovolt (kV) line.

“One of our contractors is also reconductoring the Kebbi-Sokoto transmission line.

“This same week, a 60/66 Mega Volt Ampree (MVA) power transformer was delivered to the Kubwa substation in Abuja and our engineers are doing the installation.

“By the time it is completed, the power wheeling capacity of Kubwa substation will increase significantly, although we are meeting the demands of the distribution load centre at present,” he said.

Abdulaziz said that TCN had also delivered another 60/66MVA power transformer to Kumbotso Substation in Kano.

He also said that  a 30MVA mobile transformer had been moved to the new Bichi substation in the state to increase the bulk power available for distribution.