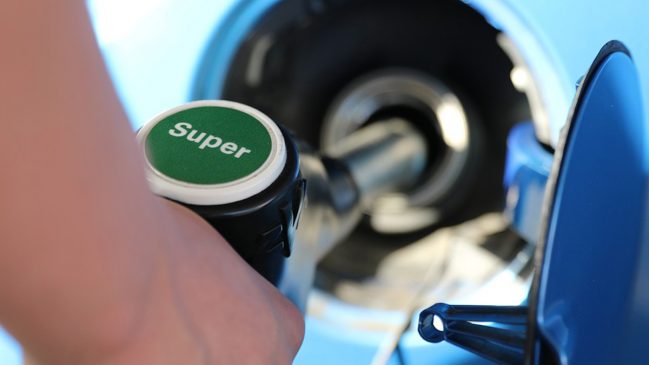 Marketers in Badagry still sell petrol at N145 per litre

Petrol marketers in Badagry, a coastal town in Lagos State, are still selling petrol at the old price of N145 per litre, two days after the Federal Government announced its reduction to N125.

TBI Africa Correspondent, who monitored many filling stations in the town and its environs, reports that marketers were selling the products at N145 per litre.

Reacting, Alhaji Abdul-Ganiy Adelani, the Chairman, Petroleum Marketers in Badagry, said that the issue of petrol at Lagos depots now “is a matter of cash and carry”.

According to him, we received the last supply after we have paid the old price for the product.

” Who will now refund the money to us, if we reduce the pump price to N125 per litre?

“You cannot get a litre of petroleum in any depot without first making  payment.

“It is after they see the receipt that you will be loaded; if we obey the new price who will pay us for the difference in the price?

“Even at the depot, they have not started selling the product at new price; we have agreed to change the pump price by Monday.

“I am sure by that time, most of us would have sold the old product we have in stock; the public should bear with us,” he said.

A petrol attendant at NNPC retail in Oloko before Gbaji Bridge, said he had not been informed by the management of the station to adjust the pump price.

According to him, we got supply on Monday, we have to sell the old product before beginning to sell at the new price.

The attendant said that once he got the directives from the management, he would begin to sell at the new rate.

Also, Mrs Funmilayo Fasansi, a civil servant, said it was wrong for marketers in Badagry to maintain the old pump price when government had reduced the price.

“I went to a filling station in Dosu Joseph Way, Badagry, to buy petrol today, i was surprised to get a litre at N145 two days after the Federal  Government had announced reduction in the pump price.

“This is bad; in 2015 when the same government announced an increase in the pump price, none of the marketers hold on for a minute before adjusting the price because it put more money in their pockets.

“Now, they are complaining of old and new price because the reduction will not pay them. This is wickedness to the people,” she said.

Fasansi urged the Department of Petroleum Resources (DPR) to embark on visiting filling stations in Badagry and seal any station that sell above the new pump price.

The Federal Government had on March 18, announced the reduction of the pump price of petrol to N125 per litre.

Malam Mele Kyari, the Group Managing Director of NNPC, said the move was in compliance with the directives of the Minister of State for Petroleum Resources on petrol pricing.

“These reductions will therefore translate to N125/litre retail pump price.

“Despite the obvious cost implication of this immediate adjustment to the corporation, NNPC is delighted to effect this massive reduction of N20/litre for the benefit of all Nigerians.

“Accordingly, all NNPC retail stations nationwide have been directed to change the retail pump price to N125/litre,” he had said.

EKEDC embarks on 18 projects to boost supply in franchise areas