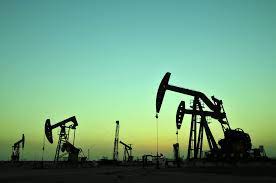 Chief Timipre Sylva, Minister of State for Petroleum Resources, says almost 50 per cent of companies who won the bid for Nigeria’s 57 marginal oilfields have paid their signature bonuses.

The News Agency of Nigeria (NAN) reports that Sylva spoke with newsmen on Tuesday after the First Quarter 2021 Ministerial Governance Meeting in Lagos.

NAN reports that a marginal field is any field that has reserves booked and reported annually to the Department of Petroleum Resources (DPR) and has remained unproduced for a period of over 10 years.

The Federal Government is targeting about $500 million in signature bonuses from the successful companies in the bid rounds which began on June 1, 2020Sylva said: “The process has been concluded. Letters have gone out and people have started paying their signature bonuses.

“We have received almost 50 per cent of the signature bonuses already. 161 companies were allocated marginal fields.
“I think this is the best we could have gotten. If you followed the process, you will see that we published it and people applied, the companies were pre-qualified and assessment of their bids were done by competent persons.

That was how the bidders emerged. It was a very transparent process.”

“It was approved for the sum of $1.5 billion and we are going to also start the rehabilitation of Warri and Kaduna refineries shortly,” the minister said. Sylva reiterated that the government had not increased the price of Premium Motor Spirit, warning that marketers selling above the approved price band would be sanctioned by the regulatory agency.