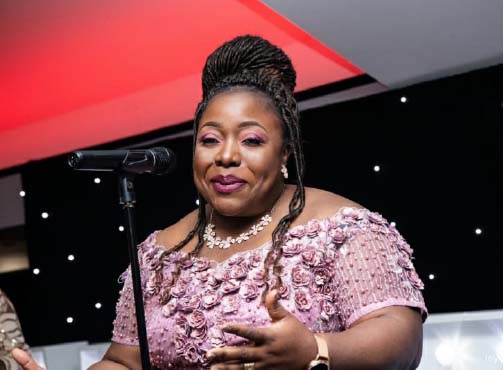 Operations Support Team Leader at the North Sea Headquarters of BP Plc, Lydia Balogun-Wilson, has received the BME (Black Minority Ethnic), “Leader of the Year” award, at the 2021 Association for Black and Minority Ethnic Engineers (AFBE), UK, Scotland Diversity and Inclusion Awards.
The award ceremony which was held recently at The Marcliffe Hotel and Spa, Aberdeen, had in attendance; Aberdeen Lord Provost, Barney Crockett, industry stakeholders and leaders, professionals and students.
Chairman of AFBE-UK Scotland, Dr Ollie Folayan in his remarks, commended the awardees, and stakeholders present for their active roles towards ensuring diversity and inclusion in the energy and engineering sectors.
“The awards event was a huge success, a real celebration of achievements during unprecedented times. We are delighted to have been able to recognise diversity and inclusion successes for under-represented groups in the energy and engineering sectors.”
“All of the award winners and those shortlisted absolutely deserve our appreciation. A great night was had by all and we look forward to our next awards event.”
Reacting to the award which was presented to her by Air Marshal Ian Gale, of the Royal Air Force, RAF, Balogun-Wilson expressed her delight with the association for deeming her worthy of such prestigious award. She applauded AFBE-UK for its initiatives especially in the space of STEM, yielding fruitful results.
“I am still speechless from the AFBE BME leader of the year award that I received. To be nominated along Tony Fong and Ibiye Iyalla PhD CEng MIMechE was just humbling. The work they do as leaders and their accomplishments is just amazing. 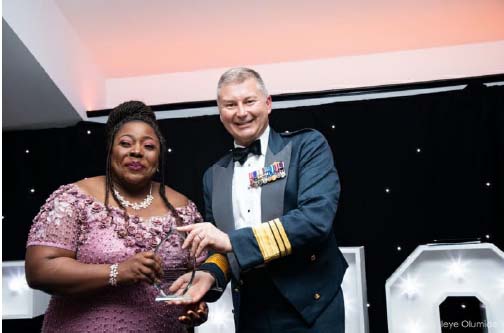 “The AFBE-UK, under the leadership of Dr Ollie Folayan CEng FIChemE and Dr Nike Folayan MBE (PhD, CEng., FIET), has created something good in the space of STEM. Thanks to AFBE, DE&I awareness and recognition can only get bigger,” she said.
Balogun-Wilson in appreciation, dedicated the award to her company, BP, for their support, her family and all who were influential towards the achievement. She noted that the award was a motivation for her to do more.
She said; “I want to thank God who has given me the grace to get to where I am today. My husband, Dr Wilson E. Balogun, kids, parents and siblings have each played a vital role to shape my accomplishments. My leadership journey has been moulded by each leader and colleague that has crossed my path.
“I want to thank BP for giving me the platform to be myself and for being a company that lives and breathes DE&I in every way possible. The support I received, for the award night, from my colleagues, has been tremendous and I am deeply grateful.
This award is a motivation for me to keep doing more. I dedicate it to everyone who has crossed my path to make me the leader and person that I am today.”
Other winners of the AFBE-UK Scotland Diversity and Inclusion Awards include; IMRANDD and Baker Hughes, emerging joint winners of the Company of the Year award while Helen West, of Thames Water, won the Outstanding Mentor of the Year Award.
Vanessa Burton, of Mott MacDonald and Thaddeus Anim-Somuah, of Croda, both won the Young BME Professional of the Year award.
There was also a Special Appreciation Award for Reneth McKenzie-Schoetz for her services to diversity and inclusion. Reneth has led the AFBE-UK STEM programme Making Engineering Hot for the past 12 years.
The Association for Black and Minority Ethnic Engineers (AFBE-UK) is a registered not-for-profit organisation founded in London in 2007. It promotes higher achievements in education and engineering particularly among people from black and minority ethnicity (BME) backgrounds.

Kyari Bags “The Sun Man of The Year” Award