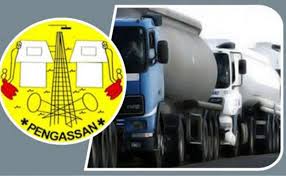 The Petroleum and Natural Gas Senior Staff Association of Nigeria (PENGASSAN) has threatened to withdraw its services nationwide to honour Nigerian youth killed during the use of live bullets on peaceful #EndSARS protesters in Lekki, on Tuesday night; if the government failed to immediately produce the perpetrators of the dastardly act.

Both PENGASSAN and the Nigeria Union of Petroleum and Natural Gas (NUPENG) condemned the killing of the innocent people and declared that their hearts bleed for Nigerian youths.

In a statement signed by its President, Comrade, Festus Osifo and the General Secretary, Comrade, Lumumba Okugbawa, PENGASSAN said that it would hold its National Executive Council (NEC) meeting with a view to withdraw its services across the country.

“We hereby call on the Government of President, Mohammadu Buhari, to provide adequate security for the protesters in line with democratic norms and to immediately produce the perpetrators of the dastardly act; failure of which we will convene an emergency meeting of our National Executive Council (NEC) to review the happenings in the Nation with the view of withdrawing our services Nationwide.” The union said.

According to PENGASSAN, “in view of the gruesome killings of unarmed protesters by armed Military Personnel as seen on social media, at the Lekki toll gate on Tuesday  October 20, 2020. The Petroleum and Natural Gas Senior Staff Association of Nigeria (PENGASSAN) has viewed these images of shootings of peaceful #EndSARS protesters not just at Lekki toll gate but all over the country with sadness, heavy hearts and deep concerns for our Nation.

“Without mincing words, we vehemently say that this unfortunate incident falls short of any standard of civilization globally of handling peaceful protest in any democratic system.

“Our hearts bleed for innocent Nigerians who lost their lives or got injured in this senseless and inhumane action of the armed security agents of the government. Our deepest condolences, thoughts and prayers go to the families of the victims as well.

“As an institution that indulges in peaceful protest on a regular basis, there is a renewed sense of insecurity with the new tactics employed by the men of our armed forces. We are not against government arresting any hoodlum who may want to hide under the guise of the peaceful protest to perpetuate violence but to unleash this level of cruelty on peaceful and harmless protesters who were holding the National flag, singing the National anthem in demonstration of their belief in the course of the country by killing and injuring them is highly condemnable.”

It added: “The President and Commander in Chief of the Nigeria Armed Forces must seize this opportunity to provide uncommon leadership and stir the ship of this nation to safety.

The leadership of NUPENG also said it viewed the gory images of Tuesday October 20 shootings of peaceful #EndSARS protesters at Lekki toll gate with sadness, heavy hearts and deep concerns.

The union pointed out that the unfortunate incident fell short of any acceptable minimum global and civilized standards of managing peaceful Protest in any democratic system.

The statement signed by NUPENG President, Comrade Williams Akporeha and the General Secretary, Comrade Afolabi Olawale, said: “Our hearts bleed for our youths who lost their lives or got injured in that senseless action of the armed security agents of government. Our deepest thoughts and prayers are equally extended to their families as well.

“We ask our members nationwide to stay calm and safe at their various workplaces and be on alert as the leadership reviews the situation.”