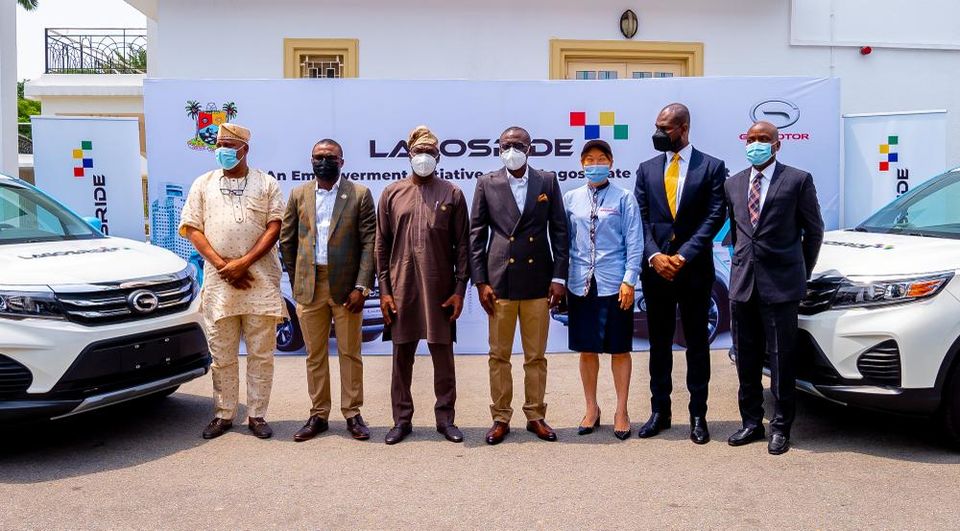 The Governor of Lagos State, Babajide Sanwo-Olu, on Thursday said that the state government has formally sealed a Joint Venture Agreement with a Chinese firm — CIG Motors Limited — for the establishment of a vehicle assembly plant in the state.

This was part of the bilateral agreements reached by the state government and Chinese Investors’ Community when the governor visited China in November, 2019.

According to the governor, the establishment of the plant would revive industrialisation, drive up skilled youth employment, and create wealth, boost tourism, and encourage technology sharing, adaptation, and advancement.

In a tweet on Thursday, the governor also stated that he  unveiled “Lagos Ride” — a new e-hailing system that will deploy 1,000 unit of brand new SUVs within the metropolis.

“At the unveiling of ‘Lagos Ride’, a transportation scheme that will deploy 1,000 unit of brand new SUVs within the metropolis, we also signed a JV Agreement to set up a Vehicle Assembly Plant with CIG Motors in Lagos,” he tweeted via his official Tweeter handle @jidesanwoolu.

“The Lagos Ride scheme is another innovative policy of our administration targeted at making life easier for Lagosians, improving mobility and creating a seamless multi-model transportation system.

“The scheme is in fulfilment of our desire to give residents better transportation choices. The modern ride service is one of the State Government’s socio-economic intervention programmes, which will be professionally managed in line with global best practice.”