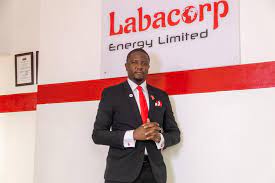 Douala – Labacorp Energy, a Cameroonian indigenous company, has announced that it will open a new solar academy in Kenya to support the government objectives towards a sustainable source of power in the country’s energy sector.

Labacorp will work with its joint venture partner, Mission Excellence Kenya, to establish the solar academy in the country’s capital city in Nairobi. The project will be completed within the year 2021, with development plans to expand the solar academy across emerging and frontier solar markets in the African continent.

Kenya has one of the most developed power sectors in sub-Saharan Africa, has opened its market to Independent Power Producers (IPPs) in the mid-1990s. Kenya benefits from factors including an active private sector; Kenya Power’s long track record as a creditworthy off-taker; and abundant renewable energy resources, especially geothermal, wind and solar.

In his words, “We strive to support the objectives for the growth of Kenya’s solar power sector, as our solar training add dramatically to the growing trend of solar energy, create jobs, build entrepreneurs, and boost local economies.

“Solar power is now economically viable across most countries around the world, thanks to several factors, notably falling cost of solar panels, the rising cost of fuels used in conventional power generation, and excellent fit to demand patterns.

“We also have a network of professional licensed solar instructors from the U.S, Canada, U.K., Germany, Turkey, India, Singapore, and France. our academy is equipped with interactive training simulation tools for solar installers, trainers, solar employees, and solar entrepreneurs, among others.”