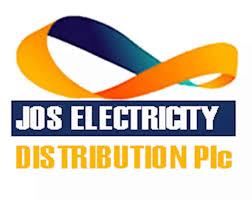 As Nigeria continues to battle the challenges of epileptic power supply in the country, Jos Electricity Distribution Company (JEDC)  has said  it recorded no fewer than 200 cases of meter bypass and 54 cases of transformer vandalism in six months.

This was disclosed by the JEDC’s Head, Corporate Communications, Dr Adakole Elijah, on Monday in an interview with the News Agency of Nigeria (NAN) in Gombe.

Elijah who also said 30 cases of transformer oil theft were  recorded during the period, noted that the act of vandalism was threatening socio-economic activities in the Jos franchise, adding that energy users and JEDC were being affected negatively.

He said:“We do not have cases of meter theft in Gombe but we have lots of cases of transformer vandalism, transformer oil theft and meter bypass.

“This is not good for socio-economic activities in our franchise area.

“The people are the beneficiaries of our services and whatever is done to truncate our capacity to provide this service will affect the people.

“On our part, it is an economic loss because it costs money to replace or repair them. People must know that any act of sabotage affects power sector generally.’’

The JEDC spokesman, however, said that measures put in place to curb vandalism and other acts of economic sabotage were already yielding results, adding that some persons had been taken to court and convictions secured.

He appealed to the people to support JEDC to end cases of vandalism, transformer oil theft and meter bypass by reporting suspected attempts to vandalise equipment to security personnel or to any JEDC offices.

“We are committed to metering because once everyone is metered, our problem becomes less and that’s why few weeks back, we acquired 20,000 meters to be distributed in the entire franchise including Gombe State.’’

“We have meters in our office for customers who want to be metered. We keep sensitising customers on the need to acquire meters because a meter is the only implement for energy measurement,’’ he said.

He decried customer’s apathy to metering and low patronage in spite of the series of sensitisation to relevant stakeholders in Gombe State.

Elijah also appealed to customers in Gombe State to cultivate the habit of paying electricity bills, saying that 70 percent of its customers were indebted for September and October.