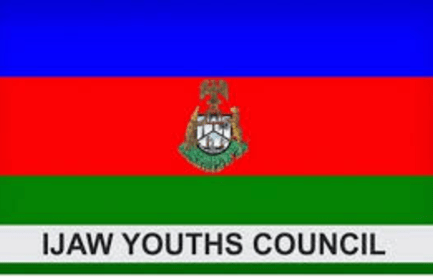 The Ijaw Youth Council, IYC Worldwide has cautioned the Nigerian Agip Oil Company, NAOC, against planned sacking of employees from her host communities, who occupy managerial positions in the company.

This is coming few days after Concerned Landlords and Indigenes of Host Communities to NAOC, had threatened to shut down operations of the company, citing neglect and conspiracy against the people of Niger Delta.

In a report by sweet crude reports, Onisoya James-Odum, leader of the group, had accused the management of Agip of not employing Indigenes of her host communities in Rivers, Delta and Bayelsa States and a systemic plot to relegate and replace the few indigenes employed in the oil firm.

To this end, IYC President, Peter Timothy Igbifa, has threatened to join forces with the Concerned Landlords, to shutdown the operations of the company, should the company continue to oppress the host communities.

Igbifa in a letter to the Managing Director of NAOC, accused the company’s Director of Human Resources, Calista Azogu, of planning to redeploy and replace Agip staff who are indigenes of the host communities, occupying managerial positions.

IYC warned that the group will no longer condone intimidation and oppression in the region, alleging that most NAOC’s managerial staff from the Niger Delta, have already been unduly removed and replaced in the same intimidating manner.

“Enough is enough. IYC will no longer tolerate further intimidation and marginalisation from any tribe.

“We request the Managing Director of NAOC to carry out investigation and make her position known to the public within seven days in order to rebuild confidence in the minds of the landlords, communities and the region at large.”

PPPRA to tighten guidelines on petrol import regulations, roll out sanctions for operators