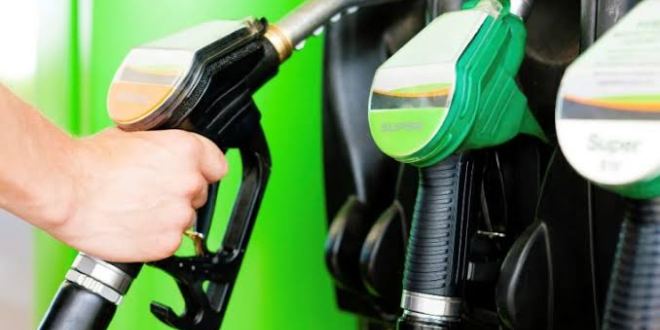 Impact of coronavirus on Nigeria’s oil and gas sector

The coronavirus pandemic also known as COVID-19, is affecting a wide range of energy markets: coal, gas and renewables, but its impact on oil markets is particularly severe.

This can be seen from the supply glut currently witnessed in the market and the persistent drop in crude oil prices.

As a result of the rapid spread of the virus, movement of people and goods had been curtailed worldwide.

This is dealing a heavy blow to demand for transport fuels, according to Dr Fatih Birol, Executive Director of International Energy Agency.

According to him, this is especially true in China, the largest energy consumer in the world, which accounted for more than 80 per cent of global oil demand growth last year.

He said that the repercussions of the virus are spreading to other parts of the world, noting that what happens in China will have major implications for global energy and oil market.

The International Energy Agency in its latest forecast also stated that global oil demand was expected to decline in 2020 as the impact of the new COVID-19 spreads around the world, constricting travel and broader economic activity.

Nigeria, among others, has cause to be concerned, as the global spread of coronavirus, and the continuous drop in the price of crude oil in the international market would take a heavy toll on the nation’s economy as oil and gas account for over 90 per cent of Nigeria’s foreign exchange earnings and more than 60 per cent of the country’s earnings.

Currently, with developments in the international oil and gas market, Nigeria’s major revenue earner, the country’s economy is under threat.

The National Bureau of Statistics in its Foreign Trade Statistics Report for the Fourth Quarter of 2019, had stated that the major buyers of Nigeria’s crude oil are India, Spain, Netherlands, France and South Africa, among others.

These countries have recorded cases of the coronavirus and the disease had impacted negatively on their economies.

To reaffirm its impact on the oil and gas sector in Nigeria, the Group Managing Director of the Nigerian National Petroleum Corporation (NNPC), Malam Mele Kyari, said that the coronavirus pandemic was taking its toll on the Nigerian economy.

He said that currently, the country is having difficulties finding buyers for about 50 cargoes of crude oil and 12 Liquefied Natural Gas (LNG) cargoes.

He warned of serious economic challenges as a result of the falling crude oil prices and called on government at all levels, captains of industries and the organised private sectors to brace up for the new low regime of global crude oil prices.

He added that realistic estimates must be made to reflect the current realities of the crude oil market.

He said: “Due to the coronavirus pandemic, Nigeria has about 50 cargoes of crude oil that have not found landing. “This implies that there are no off-takers for them for now due to drop in demand.

“Today, I can share with you that there are over 12 stranded LNG cargoes in the market globally.

“It has never happened before. LNG cargoes that are stranded with no hope of being purchased because there is abrupt collapse in demand associated with the outbreak of coronavirus.”

He noted that due to the uncertainties of the global crude oil market, countries that produce at the cheapest price would remain in the market, while jurisdictions with high cost of crude oil production would not be able to cope with the competing prices.

To reduce the effect of the coronavirus, member countries of the Organisation of Petroleum Exporting Countries ( OPEC), met early March, with a few non-OPEC member countries to agree on a production cut, that would see major crude oil producers cutting their export output by an additional 2.5 million barrels per day.

Participating countries at the meeting failed to reach an agreement, so the output cut deal failed to materialise.

As a result of the failed output cut deal, the fight for international market share of crude oil between Saudi Arabia and Russia was renewed, and as both countries, among other countries, increased their crude oil output, the price of crude oil began a steep slide, hitting new lows last seen almost a decade ago.

Meanwhile experts are of the opinion that the Nigerian economy is placed at a disadvantage, as the country would struggle to find buyers for its crude oil output and would have to settle for low prices, when it eventually gets buyers.

Mr Andrew Akpan, an energy expert, said that the situation would cause a major strain on the country’s finances and its budget, especially as the country is relying heavily on crude oil sales to finance the 2020 budget.

The 2020 federal budget was based on 57 dollars per barrel oil bench mark and 2.18 million barrels per day oil production and an exchange rate of N305 per dollar.

Akpan said that the 57 dollars per barrel benchmark and 2.18 million barrels of crude oil per day output the government is targeting, as well as the oil revenue of N2.64 trillion would likely not be achieved.

“With the inability of the country to meet its revenue target, it would face serious constraints in its ability to pay workers’ salaries, as well as carry out most of the projects listed in the budget.

“With all these challenges, to avoid a major crisis or shutdown of the country, the government might resort to drawdown of the already depleted excess crude account or outright borrowing, both locally or internationally, to meet its obligations to its workers and to undertake significant infrastructure projects.

“This would worsen the country’s debt situation and plunge the country into another debt trap with a high risk of default, as the country’s foreign reserves faces the risk of depletion due to an expected devaluation of the naira,’’ he said.

Mr Chinedu Onyeizu, a petroleum engineer said that the impact of the virus would be felt with foreign reserves and defending of the naira by the Central Bank of Nigeria (CBN).

He noted that with the low foreign exchange earnings from the already challenged crude oil sales, monies in the foreign reserves would be used to finance import of other critical goods.

He said that this would lead to the depletion of the naira, as well as making it difficult for the CBN to effectively defend the naira.

Mr Aly-Khan Satchu,  a Nairobi-based investment analyst, and Chief Executive Officer of Rich Management Limited, said  that Nigeria currently has between 16 billion and 18 billion dollars, “sitting in short term certificates,’’ such as Open Market Operation (OMO) bills, adding that with the uncertainty posed by the falling oil prices, the country would be at risk when most of these foreign investors chose to cash out of the country.

“There is about 16 billion to 18 billion dollars sitting in short term certificates, OMO, where investors are getting double digit in dollars.

“ The premise of that returns is that the currency remains stable. With the oil price falling more than 20 per cent since the beginning of the year, the entire premise of that double digit return has been knee-capped.

“ Most of the investors would be looking to hit the eject button as soon as they can,’’ he said

To tackle the challenge, President Muhammadu Buhari has constituted a committee to assess the impact of the virus on the economy and best practices to adopt.

The Minister of Finance, Hajiya Zainab Ahmed said that the committee would revisit the crude oil benchmark and lower the price.

She said: “Mr President has formed us into a committee, with the Minister of State, Petroleum Resources, the CBN governor, the GMD NNPC and myself as members.

“Our mandate is to make a quick assessment of the impact of this coronavirus on the economy, especially as it affects the crude oil price.

“We will be writing a report and brief Mr President, and after that we’ll also have more substantial information for the press.

“But it is very clear that we will have to   revisit the crude oil benchmark price of 57 dollars per barrel, we have to revisit it and lower the price. Where it will be lowered to is the subject of the work of this committee.

“Definitely, there will be reduced revenue to the budget and it will mean cutting the size of the budget. The quantum of the cut is what we are supposed to assess as a committee.’’

He further said that the NNPC was ready to strategically put in place measures that would alleviate the cost of crude oil production in Nigeria to create markets for Nigeria’s crude and make Nigeria a choice destination for Foreign Direct Investment (FDI).

Experts advocate that Nigeria must ensure that refineries are working to boost local production of crude oil in the country.

According to them, the country has the population to consume its products and is strategically located to service other African countries.

They noted that the coronavirus outbreak was a reminder that the country should get its refineries working, diversify the economy to create jobs, generate more revenue and in turn bring about economic growth and development.