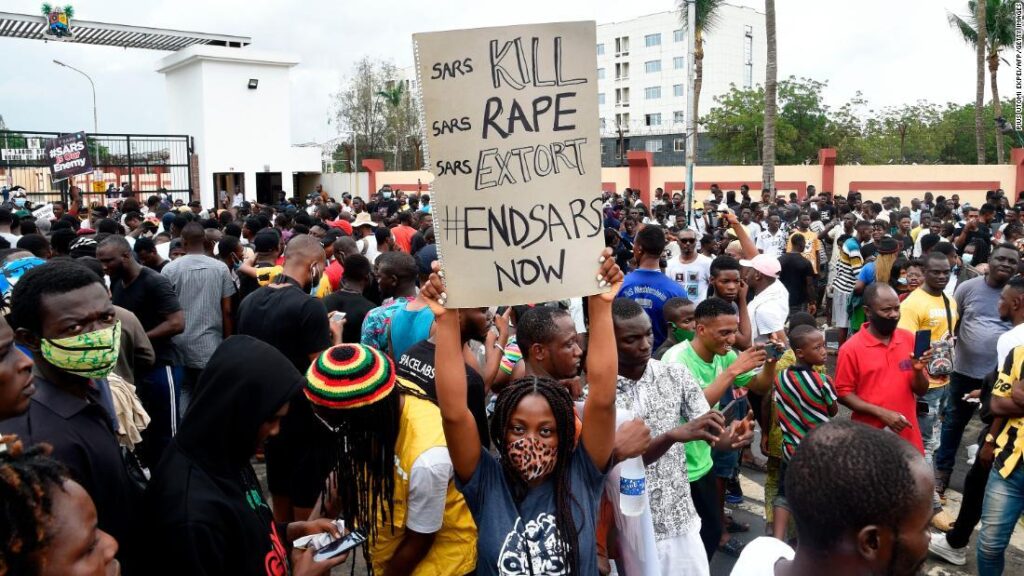 The African Department of the International Monetary Fund has said that the peaceful #EndSARS protest in the country, which has caused civil unrest in Nigeria, is not just against police brutality but also unemployment, poverty.

The Board blamed the civil unrest and the social instability in the Nation on the economic difficulties in the country as well as Nigeria’s low growth prospect.

This statement was made on Thursday by the Board of the African Department of International Monetary Fund, during the Sub-Saharan Africa (SSA) Regional Economic Outlook briefing, monitored by Nairametrics.

The Department explained that the difficult event that followed since the wake of the decline in oil prices in 2015-16 in Nigeria, has made economic prospects low in the country, and this dislocation has exerted pressure on standards of living, which fuelled the protest.

Mr. Abebe Amero Selassie, the Director of the African Department of IMF in his statement said; “Where you have these kinds of economic difficulties, you know, social protests are not uncommon”.

He advised thus: “It is critical for the nation to get policy-induced barriers out of the way to facilitate stronger economic growth. The government needs to do more to raise revenues through the area of non-oil resources to be able to invest in health education which would, you know, allow people to be more successful at getting jobs but also improve the economy’s potential. So, I think that the development agenda that Nigeria has, I think, has to be tackled with gusto and vigour so that the millions of jobs that the country needs can be created.”

Mr. Selassie, while speaking on the support the IMF gave Nigeria earlier this year, said: “The support is to help cushion the awful effects that the pandemic and the economic crisis that has unfolded has had on Nigeria. The important need for the government is to spend the resources on health, education, and other important areas at a difficult time like this. I think the government is committed to provide us with an explanation of what the resources have been used for and you know, audits of how that was used in due course. And we look forward to that in the coming months.”

On growth projections, the IMF emphasized that although the protests happened after the fund had closed its projections for the year, the board explained that changes will depend really on how the protests evolve.

Hence, if the protests persist with significant effects on the economy and macroeconomic data, changes would be internalized in due course.