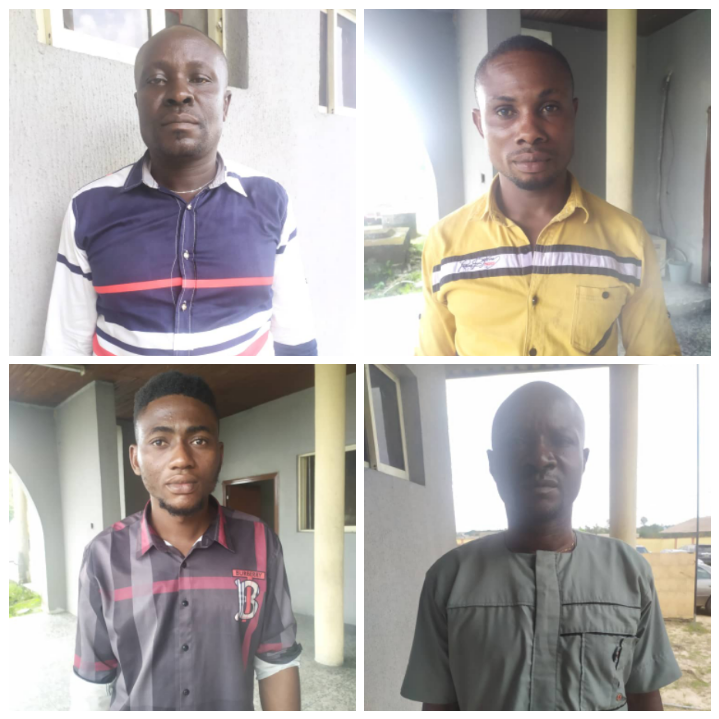 “That you Jabu Kimidengiyefa (m) on or about the 4th January, 2020 at around Escravos, Delta State, within the jurisdiction of this honourable court, did sell or distribute petroleum products in Nigeria without due licence, granted by the minister and thereby committed an offence contrary to Section 4(1) of the petroleum Act Cap P10 Laws of the Federation of Nigeria ( Revised Edition),2004 and punishable under 4(6) of the same Act,” the charge against Kimidengiyefa read.

According to EFCC, “He and all others, pleaded guilty to their charge, upon which prosecution counsel, Ibrahim Mohammed asked the court to convict and sentence them accordingly, while defence counsel, R.U. Oyiwona pleaded with the court to temper justice with mercy, saying the defendants have shown remorse.”

Each of them was convicted and sentenced to two years imprisonment and ordered  to take undertaking in writing to be of good behaviour, henceforth, by Justice Nwite.