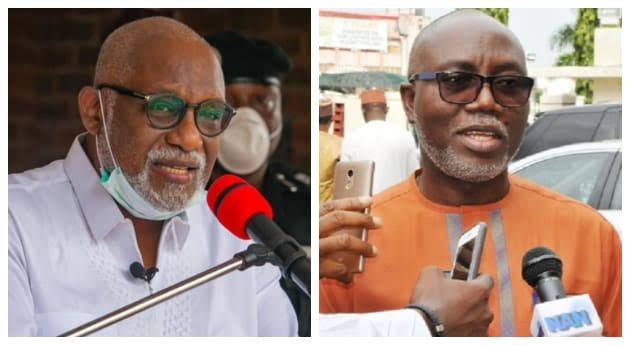 The Ilaje Development Summit Group (IDSG) has sent a congratulatory message to the governor of Ondo State, Arakunrin Oluwarotimi Odunayo Akeredolu (Aketi) and his deputy-elect, Hon. Lucky Orimisan Aiyedatiwa, for coming out successful at the October 10 gubernatorial election.

The group has also used the opportunity to call for an urgent focus on development of Ilaje land. This was made known in a press release signed by IDSG Executive Administrator, Rev Sola Adebawo.

The release noted that, the election was a clear statement of trust by the people of Ondo State.

While acknowledging as “sound judgment” the ruling party’s selection of Lucky Aiyedatiwa, a distinguished Ilaje son as running mate, it prided itself in being the Local Government Area (LGA) which was able to muster the second highest number of votes after Owo LGA, where the governor hails from.

The statement read in part, “Ilaje Local Government produced the second highest number of votes after Owo (the Governor’s home LG) to procure victory for the governor and his deputy-elect. This is a strong indication of the unanimous support of Ilaje people for the in-coming administration, which will now have an Ilaje as deputy governor for the first time in the 44-year history of Ondo State.

“As we look forward to the inauguration of this second term of the administration, we call for a genuine and urgent focus on Ilaje for sustainable development in neglected infrastructures and other key areas such as health, education, economy, electricity, etc.”

The group noted that, its request is “in fulfilment of the election promises and in alignment with the aspiration of our people. With the longest coastline in Nigeria, Ilaje Local Government offers incredible opportunity for coastal economy and is poised to be the mainstay of Ondo State economy as well as a strategic boost to the larger Nigerian economy.”

It will be recalled that last month, the apolitical and non-religious group convened its first “Global Town Hall meeting” in Igbokoda, where traditional and religious leaders, women and youths across all the kingdoms of Ilaje land spoke with one voice in support of the candidature of governor Akeredolu and deputy governor-elect Aiyedatiwa

IDSG is made up of the most accomplished Ilaje sons and daughters both in Nigeria and in diaspora.