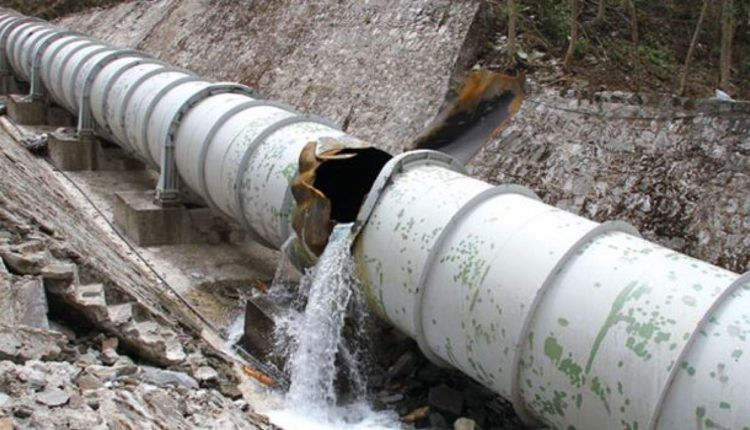 The Director General of the Infrastructure Concession Regulatory Commission (ICRC), Engr. Chidi Izuwah, has commended the leadership of the Nigerian National Petroleum Corporation (NNPC) for totally driving a transparent bid opening processes for the rehabilitation of NNPC pipelines and its critical downstream infrastructure.

Izuwah noted that the national oil company is showing to the world that things could be  done correctly such that would yield value for Nigerians.

“You showed to the world that you’re driving a totally transparent Public Private Partnership process in line with the infrastructure revolution of President Muhammadu Buhari. Today’s public bid opening for the rehabilitation of NNPC pipelines,depots/terminal infrastructure is quite commendable.

“I commend the GMD Mallam Mele Kyari, his team and the NNPC Group for showing to the world that things can be done properly and in the best interest of the shareholders,” Engr. Izuwah stated.

According to the release, no fewer than seventy eight (78) companies submitted virtual bids to rehabilitate critical downstream pipelines, associated depots and terminal infrastructure of the Nigerian National Petroleum Corporation (NNPC) through the Finance, Build, Operate and Transfer (BOT).

In his opening remarks, the Group Managing Director of the NNPC, Mallam Mele Kyari, stated that the exercise was in fulfilment of NNPC’s avowed commitment to transparency and accountability as an Extractive Industries Transparency Initiative (EITI) partner company and as directed by President Muhammadu Buhari that all its operations must be guided by integrity.

“This is not possible to achieve if we do not have the leadership disposition that is in support of transparency. I can confirm to all of you that it is the clear directive of Mr. President that this company must be accountable and must be transparent to its shareholders. We must take all necessary steps to make sure that our transactions are known to the citizens of this country, that we do things for the common good of all of us and that in doing our business, we must ensure integrity,” the GMD was quoted as saying.

He posited that as an EITI partner company, NNPC is a global company, completely transparent to its shareholders and stakeholders stressing that the Corporation must always disclose her transactions, contracting processes, selection of its  partners, identities of partners and beneficial owners of the partners.   According to the release,

“Nobody will cut corners, nobody will cheat the shareholders of this company and also this company will ultimately deliver value to its shareholders,” Kyari stated.   He noted that the Finance, Build, Operate and Transfer (BOT) model became imperative in the Corporation’s journey to rehabilitate its downstream infrastructure which over time have become vulnerable, lost value and integrity due to age and incessant vandalism.

“Some of these assets are as old as forty years (40) years and they are due for replacement and when you want to do a replacement of this scale, you do need a lot of resources. And we know that we require these assets so we decided that we bring in private partners who will fund these pipelines, they will construct it, they will operate it with us and then ultimately they will fully recover their investment from the tariff which we will pay for using these pipelines and as soon as they recover their cost and their margin, they will hand over these assets back to us,” Kyari informed.

Kyari averred that by the end of the first quarter of 2021, the final partners of the bid opening would be selected. He assured the bidders that the NIPEX portal which was deployed for the pre-qualification exercise was a time tested technology that would not give room for any human indiscretion.

Other external observers who witnessed the exercise were Bureau of Public Procurement, the Nigeria Extractive Industries Transparency Initiative (NEITI), Civil Liberty Organization and the Centre for Transparency Watch.