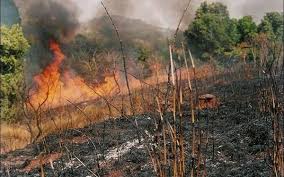 The Enugu Electricity Distribution PLC (EEDC), the power distribution company in-charge of the southeast geopolitical zone, has cationed its customers as well as the general public against indiscriminate bush burning to avoid fire outbreak as the harmattan season beckons.

The Head, Corporate Communications, EEDC, Mr. Emeka Ezeh, stated this in a statement.

He said: “Fire outbreaks have been identified as one of the common risks facing EEDC, especially during the harmattan season.”

Ezeh who appealed to those in the rural areas to exercise caution said: “Our major concern is those in the rural communities that engage in hunting activities, who usually set the bush on fire. We appeal that even if they must engage in such, which they should exercise caution and do so in a well-coordinated manner, to avoid causing damage to our installations located within their environment.”

He added that “Overloading of electrical sockets is also identified as a potential cause of fire outbreak and customers are advised to desist from such act.”