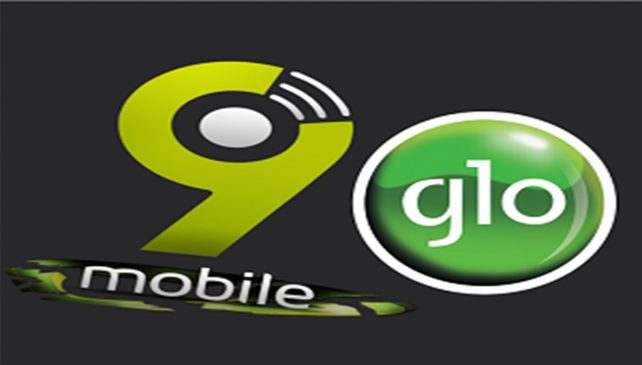 Two months to the end of the six months’ deadline given by the Central Bank of Nigeria (CBN) for telecom operators to put the infrastructure in place to enable them to obtain full licence to operate as Payment Service Banks (PSBs), the telcos have intensified efforts to meet up with the demand of the apex bank, it was learnt.

It was  gathered that there were some requirements listed by CBN, which the telcos must meet not later than six months after obtaining the AIP so as to get the full commercial licence to operate PSB.

The requirements sighted in a CBN document include: “An application that must be accompanied with a non-refundable licensing fee of N2 million only in bank draft payable to the Central Bank of Nigeria; Certified True Copy (CTC) of Certificate of Incorporation of the bank; Evidence of location of Head Office (rented or owned) for the take-off of the business; Schedule of changes, if any, composition of the Board and shareholding after the grant of AIP; Evidence of ability to meet technical requirements and modern infrastructural facilities such as office equipment, computers, telecommunications, to perform the bank’s operations and meet CBN and other regulatory requirements; and comprehensive plan on the commencement of the bank’s operations with milestones and timelines for roll-out of key payment channels.”

As a requirement to the grant of final licence, the CBN said it “shall conduct an inspection of the premises and facilities of the proposed bank to, among others: Check the physical structure of the office building and infrastructure provided for take-off of the PSB; sight the original copies of the documents submitted in support of the application for license; and verify the integration of its infrastructure with the National Payments System.”

The Director of Payment System Management at the CBN, Mr. Samuel Okojere, told THISDAY in a telephone interview that the apex bank would not license more PSB operators until it certifies that the three that got approval in principle were able to meet up with the requirements at the end of the six-month window given to them.

He said nine companies, including telecoms companies, applied to CBN for the PSB licence, but only the three were granted AIP.

Okojere said the CBN decided to extend the PSB licence to the telecoms operators to test their capabilities and claims that they could drive financial inclusion through their nationwide telecoms infrastructure.

“Telcos cannot play directly in the financial payment space but because they have the network, CBN allowed them to work with institutions that are licensed to offer financial services so that they can be properly regulated and CBN can withdraw the licence when they perform below expectations,” Okojere said.

However, officials of Globacom and 9mobile, who spoke , were optimistic that the companies will meet the CBN’s requirements for commencement of PSB operations.

Both telecoms operators stated that as part of CBN’s requirements, they have established their head offices in Lagos for the take-off of PSB operation.

They also disclosed that they have constituted their Boards of Directors, while their shareholding arrangements are in place.

“We have put our technical expertise in place as well as modern infrastructural facilities such as office equipment, computers, telecommunications, to perform the bank’s operations that will help us meet CBN and other regulatory requirements,” said an official of Globacom.

“We have achieved 80 per cent milestones for roll-out of key payment channels. Our agency banking channels have penetrated rural communities of the country and we have recruited agents that are already operational in rural and unserved communities. We have office buildings in all state capitals and major cities across the country and our Agency Banking operators have office space from where they operate and attend to the people,” an official of 9Mobile said .

The Globacom official, however, said the company was still working to integrate the infrastructure on the ground like the fibre optic cable connectivity with the National Payments System as required by the apex bank.

Lead, Public Relations at 9mobile, Ms. Chineze Amanfo, told THISDAY that “9mobile is working towards meeting up with all the requirements within the provided regulatory window stipulated by the CBN.

“Each new project comes with some challenges but we have set up a team of network specialists that are currently mapping our network coverage digitally in these financially-undeserved communities to identify areas that require network deployment.”

Also, a source at Globacom, who preferred to remain anonymous, said work was ongoing to put all infrastructures in place within the next two months when the CBN would come for assessment.

The source said as part of the requirement, Globacom had expanded its super-agent network to many rural communities across the country while still expanding its fibre optic cable to underserved and unserved communities, to boost broadband connectivity in those areas.

“As an indigenous telecoms operator, we understand the Nigerian terrain and we are able to overcome some of the challenges and we are ready to grab the full commercial PSB licence that will enable us to fully participate in driving the CBN cashless economy initiative,” the source said.

President of the Association of Licensed Telecoms Operators of Nigeria (ALTON), Mr. Gbenga Adebayo, had commended the courage of CBN in granting the AIPs for PSB licence to the telecoms operators, saying cashless policy initiative all over the world remained telcos-led.

He, therefore, called on the CBN to consider granting more telecoms companies the opportunity to drive the cashless economy in Nigeria.

The central bank had explained that the AIPs were in line with its objective of enhancing financial inclusion and the development of the payment system by increasing access to deposit products and payments services through a secured technology-driven environment.

The Director, Corporate Communications Department of the CBN, Mr. Isaac Okorafor, had also said the approval-in-principle was part of the processes the institutions had to fulfill in order to be granted licence to operate as fully-fledged PSBs.

According to Okorafor, the decision of the CBN to issue the AIP to the applicants followed the institutions’ satisfaction of documentation and other conditions.