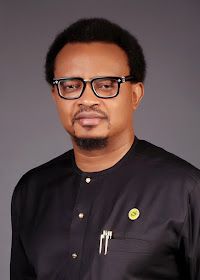 Derefaka  said  with gas becoming  dominant fuel for power generation globally,  it presented  a huge opportunity for Nigeria with its over 206TCF of proven gas reserves to utilise it  for socio-economic development of the country.

The News Agency of Nigeria (NAN) reports that he spoke at the 2021 Nigerian Association of Petroleum Explorationists (NAPE) Conference  in Lagos.

“We are unlocking the natural gas potential of Nigeria that  will drag over 120 million Nigerians out of energy poverty.

” The Federal Government remains  committed to transforming Nigeria through optimising of its gas resources and has adopted gas as the nation’s energy transition fuel,” he said.

Derefaka said the Declaration of  2021 to  2030 as ‘Decade of Gas’ by the Federal Government was aimed at stimulating the sector’s contribution to national development by deepening gas utilisation in the country.

He said: “As a nation, we are working on converting the massive quantity of  gas being flared now to energy for Nigerians with the commencement of the NGEP and the NGFCP.

“We are dealing with the energy poverty in the country.

“The major objective of the Muhammadu Buhari-led administration is to transform Nigeria into an industrialised nation, with gas playing a major role.”

Derefaka noted that the Central Bank of Nigeria N250 billion gas sector intervention fund would help optimal development of the sector within the next decade.

He added that the passage of the Petroleum Industry Act, Auto Gas Scheme as well as infrastructure projects such as the Ajaokuta-Kaduna-Kano pipelines were geared toward actualising the objective. (NAN)