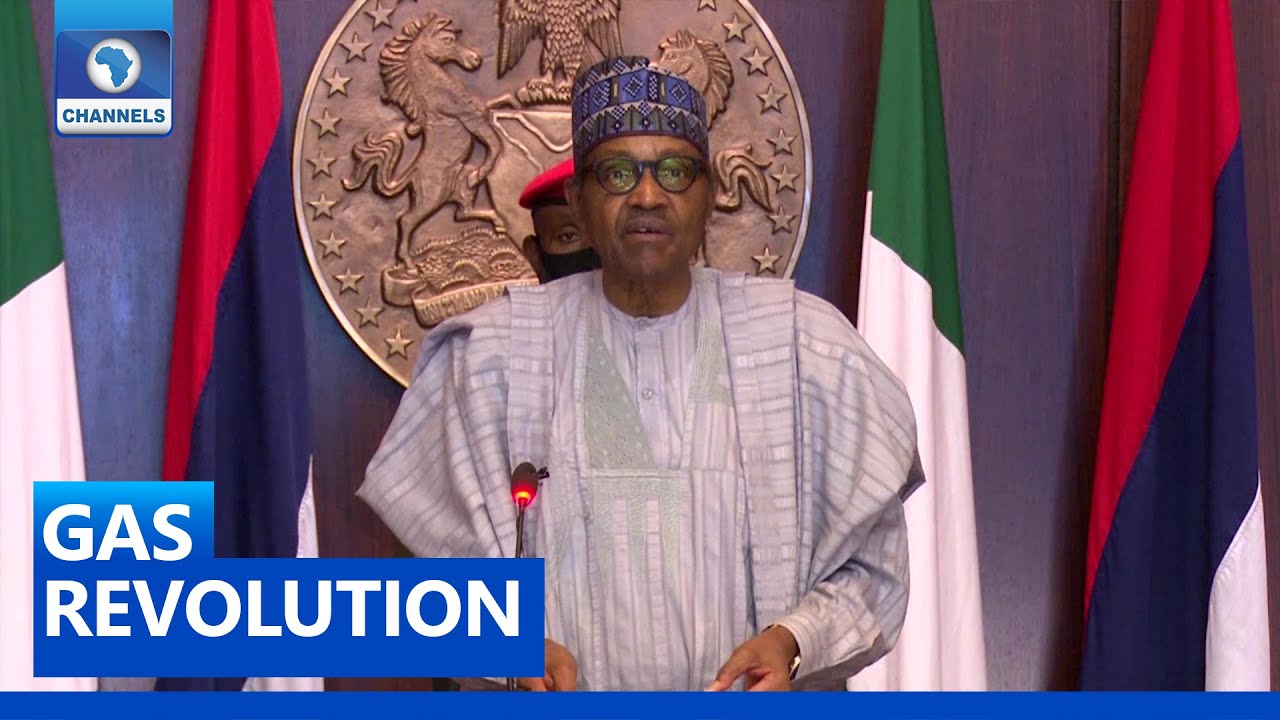 As part of the Federal Government’s gas revolution agenda, President Muhammadu Buhari, on Monday, launched the “The Decade of Gas” programme, which aims to make Nigeria a gas powered economy by 2030.

Gas is seen as the energy of the future and Nigeria has over 200 Trillion Cubic Feet (TCF) of gas reserves and over 600TCF of unproven gas reserves, which will make the country to continue to remain relevant in the energy market as the world transits from fossil fuels to green and cleaner energy.

Buhari noted that the current global trend in favour of green and cleaner energy presents the country with an opportunity, adding that Nigeria is a gas nation.

He said, ”Nigeria is gas nation, rich in oil. But the country has focused on oil over the years. This is a paradox that we have decided to confront by declaring the Decade of Gas.”

The President stated this at the virtual Nigeria International Petroleum Summit (NIPS) 2021 Pre-Summit Conference and official launch of the Decade of Gas themed, ”The Decade of Gas: Towards a Gas Powered Economy by 2030”.

“The rising global demand for cleaner energy sources has offered Nigeria an opportunity to exploit gas resources for the good of the country. We intend to seize this opportunity,’’ he said.

“Global developments have indeed presented us an opportunity. Gas will become the dominate fuel for generating power, not only globally, but in Africa as well. The question now is ‘Can we rise up to the challenge?”

The President also said that “Gas development and utilisation should be a priority to stimulate growth, drive investments and provide jobs for Nigerians.”

He listed some of the efforts his administration have made towards deepening domestic  utilization of gas to include policies and projects like the National gas Expansion Programme, Autogas policy and the construction of the 614km Ajaokuta-Kaduna-Kano gas pipeline.

Delivering the ministerial address, the Honourable Minister of State for Petroleum Resources, Chief Timpre Sylva, said there was need to change the narrative on Nigeria’s energy industry.

“We must deal with the energy poverty in Nigeria and unlock Nigeria’s vast potentials,”  the Minister said.

According to him, the government is engaging in a number of projects and policy push to increase gas utilization, drive investments and provide jobs in the country.

Speaking on a panel session on the strategic relevance of The Decade of Gas to the economy, the Managing Director of  the Nigeria Liquefied Natural Gas (NLNG), Engr. Tony Attah, said  “Gas is Power and Energy Gas is Transport – as in Auto Gas Gas is Petrochemicals – feed stock Gas is Manufacturing and Industries Gas is Food from fertilisers.”

Stressing on the importance of gas development and domestic utilization of gas to the economic growth of the country, he said, “You can change the narrative in Nigeria if you can knock off either unemployment or poverty. Nigeria LNG is tackling that narrative through provision of jobs on the back of Train 7.”

He, however, noted that  the Train 7, which will provide some 12,000 jobs at the peak of construction and increase the country’s production capacity to 30 Million Tons Per Annum, is no longer ambitious considering what countries like Australia and Qatar are currently doing.

“Train 7 is no longer ambitious. The way to enable Train 7, 8, 9 & 10 is to actually do a lot in the upstream by accelerating development of gas and moving Nigeria from 9th to 4th position in the ranks of gas producing countries,” Attah said.

“We were excited about the move to increase LNG capacity only to hear what Qatar wants to do. Qatar wants to add 30MTPA as incremental capacity. Our total existence after Train 7 is 30MTPA. That was when we started to feel small.

“Look at Australia with about 150TCF, they have 88MTPA of LNG capacity…Qatar was 2 years ahead of us in developing LNG. Qatar is now 77MTPA capacity. We made a move with Train 7 and set to move from 22MTPA to 30MTPA.”

In his welcome address, the Group Managing Director of the Nigerian National Petroleum Corporation (NNPC), Mallam Mele Kyari, said the Conference came at the most crucial time, as the world transits to cleaner energy, and Nigeria is set to play strategic role in the New World Energy Order.

“Technology and Innovation are facilitating a new energy transition aimed at decarbonizing the world and safeguarding the climate. But renewable energy sources of solar and wind, key components of the new energy mix are influenced by seasons and are non-transportable to demand centres that are short of wind or sun. A transition fuels is therefore necessary and clearly unavoidable.

“As part of the clean energy drive, Natural Gas and by extension Blue Hydrogen will therefore be heavily dependent upon to provide significant proportion of global energy mix as well as guaranteed feedstock to gas-based industries,” Kyari said.

He stated   that several strategic projects had been delivered by the NNPC and her partners to deepen delivery of gas into the domestic market and elevate the build-up of greater potentials for export.

He said, “The completion of the ELPS (Lagos Escravos Pipeline System) II, commissioning of the OB3 (Obiafu-Obrikom-Oben) lot 2, the NPDC Oredo gas handling facility, the SEEPCO gas processing plant can be easily cited even without the mention of the ongoing strategic backbone infrastructure delivery projects as the AKK pipeline, the OB3 final hook-up, the Nigeria-Morroco pipeline and several other gas based industries initiatives. All this will herald the sunset of gas revolution in our country within the decade.”

Also speaking at the Conference, the Executive Secretary of the Nigerian Content Development and Monitoring Board (NCDMB), Engr. Simbi Wabote, said The Decade of Gas represent a great opportunity for the country.

“The Federal Executive Council approved the National Gas Policy in 2017 as replacement for the Nigerian Gas Masterplan. The policy contains our strategic direction on gas development, utilization and monitisation,”  he said.

“The Decade of Gas represent a great opportunity to implement the various initiatives put in place to realise our potentials in the gas sector.”

On his part, the Director, Department of Petroleum Resources, Engr. Sarki Auwalu, said

availability, accessibility, affordability, and acceptability as well as deliverability were critical to utilising the country’s  proven gas reserves for national development.

He said: “Whereas references have been made to the other elements in this discussion, right pricing of gas is requiring particular attention to ensure security of gas supply and security of credible gas demand.

“This is because upstream gas producers must be assured that they will receive fair and equitable returns for their investments whereas, the price must be such that the end-users are able to pay for gas offtake in a reliable and consistent manner.

“Accordingly, the most robust and sustainable pricing mechanism is that which ‘let the market speak’ in a way that all costs are reflective of prevailing market conditions and for which the economic dynamics of demand and supply are allowed to interplay in an open, transparent, and free market environment.

“Thus, our drive as a nation should be early attainment to the Willing Buyer; Willing Seller market status. Any transitional pricing arrangements, today, must be structured to quickly give way for market-led pricing regime and conditions.”

The Conference, which was organised by the Ministry of Petroleum Resources, sponsored by NLNG and produced by Brevity Anderson, had  limited in-person attendance at Transcorp Hilton, Abuja of gas players at the highest level, and thousands of delegates joining virtually across various platforms.