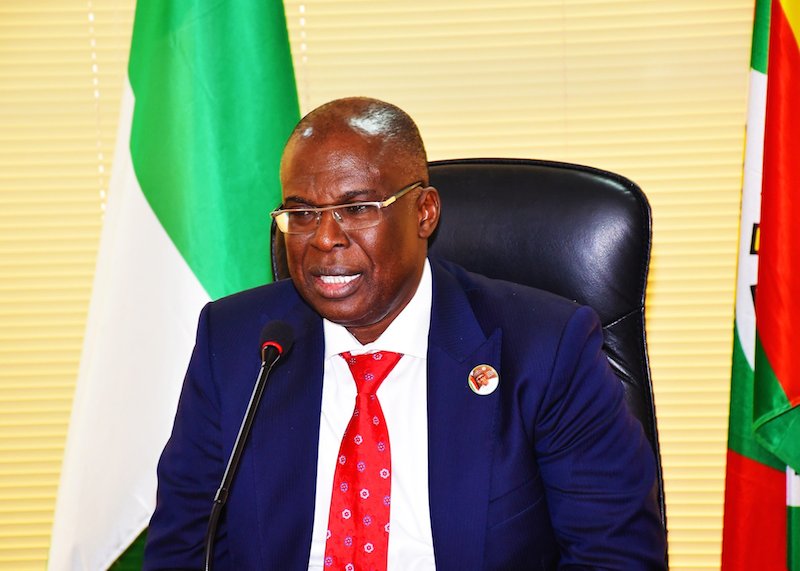 The Federal Government is to roll out the National Gas Expansion Programme in the next few weeks, to expand the usage of gas in the country.

Nigeria has over 200 trillion cubic feet of gas reserves, but despite this enormous deposit, gas production and utilisation is still very minimal.

In an interview with the Premium Times, the Minister of State for Petroleum Resources, Chief Timipre Sylva, stated that the programme will include using gas to drive cars in the country and improvement on the liquefied petroleum gas usage in homes.

“Within the next few weeks, we are going to roll out the National Gas Expansion Programme, to expand the usage of gas in the country to include using gas to drive our cars, and to improve the LPG (liquefied petroleum gas) usage in homes,” he said.

The Minister who also discussed the Nigerian Liquefied Natural Gas (NLNG) Train 7 Final Investment Decision (FID), which was taken in December 2019, described the process that led to the FID as tough, noting that it took lots of engagements.

He said: “It was a very tough journey. There were all kinds of issues, part of which you have just mentioned, majorly COVID-19. If one looks at it from the backdrop of the fact that it is the only project of that magnitude in the whole world that took FID during this period, then one would know that a lot of hurdles had to be surmounted to get there.

“It took a lot of engagements with all our partners to get to some consensus on some of the gray areas. Knowing that the country needed this investment, we had no option than to put in extra effort to engage our partners and all the financial institutions – the FIRS (Federal Inland Revenue Service), Federal Ministry of Finance and everybody – to be able to get their concurrence. At the end, we were able to take that FID, which I believe is one major milestone this administration is so proud of.”

Touching on the long awaited Petroleum Industry Bill (PIB), he stated that his ministry is working on narrowing the gap between the industry and the government, adding that once that is done, the next step will be to take the Ministry’s document to the president and thereafter, to the Federal Executive Council.

He said: “The PIB is today 20 years in the making. To say its long in coming is an understatement. But, at this point, I think we have got to the end. We have a working draft that is good enough. We have escalated it to some of our partners. Once we have some concurrence, the process will proceed.

“In the end, we are not expecting 100% agreement on all the points. There is no way industry and government can have 100% agreement on all the issues. What we are looking at is to narrow the gap. Once we have enough narrowing of the gap, we will escalate it to the President, hopefully in the next one or two weeks, and from there to the Executive Council of the Federation.

“As soon as we finish at the FEC, we would take it to the National Assembly, and it will become a public document for everybody to discuss. Because of the consensus built around the passage of the PIB, we hope that in the next two months, we should be able to get it passed.”

On the recent deregulation of the downstream sector, he said that the government will not abandon the deregulation policy to the marketers to determine prices.

“That’s another major achievement I was coming to. This is something the government has always looked for a window for. And COVID-19 pandemic provided the most appropriate window we took advantage of.

“Crude oil prices went down so low; demand was eroded, and retail price of petrol was at the bottom. Products, fuel prices follow crude oil price. The government felt that was a good entry point to take advantage of. Clearly, Nigerians are today enjoying the benefits of that decision.

“Deregulation of the downstream sector means that the government is going out of the business and allowing the private sector to take over. This will allow the government to face its traditional role as regulator of the industry, as governments everywhere is doing.

“The government is not saying it is going to completely abandon the deregulation policy to the marketers to determine prices. As a regulator, the government has the responsibility to protect the consumers,” he said.