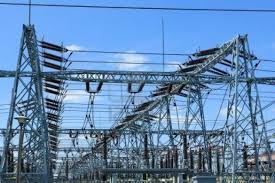 The Federal Government has signed an Output Based Fund grant Memorandum of Understanding with seven private companies for the deployment of solar home systems to power rural communities.

According to a report by Orient energy review correspondent, the agreement would also provide electricity to micro, small and medium enterprises located in areas categorised as unserved or under-served in terms of power supply.

The Federal Government through the Rural Electrification Agency (REA) said the deployment of the solar home systems would further increase the number of citizens being supplied with electricity through solar systems.

The Managing Director, REA, Ahmad Salihijo, speaking to journalists on the sidelines of the MoU signing ceremony in Abuja on Wednesday said, “The objective of the stand-alone solar home system component is to help millions of under-served households and MSMEs access better energy services at lower costs.”

He noted that the cost was lower than what was currently paid through the sale of stand-alone solar systems provided by the private market.

“These companies forecast to sell approximately 100,000 systems by the end of 2021. As you can see, we, the REA and Nigeria Electrification Project, are well on our way to achieving our universal electrification target by 2023,” Nwandu-Dozie stated.

She said the Output Based Fund was inaugurated in April 2019 and till date the SHS Team in partnership with the Federal Government had signed agreements with 12 companies, three of which were signed during the lockdown.

“We’ve also disbursed over $1.1m to these companies who have sold over 105,000 systems spread across the 36 states in Nigeria,” she said.

The Chief Executive Officer, Arnegy Solar Limited, Femi Adeyemo, said the agreement would deepen and accelerate the deployment of solar home systems to MSMEs and individual homes in rural communities.

He said the initiative would ensure the provision of uninterrupted power supply in the homes of beneficiaries and businesses, adding that the firm brought in equity investors who invested about $9m in the project.