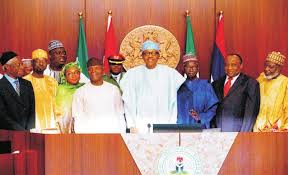 According to the Acting Head, Media and Publicity, ICRC, Manji Yarling, in a statement on Wednesday, the  approved Projects includes: three Full Business Cases in respect of the Bonny Deep Water Port Project, the Nigerian Correctional Service (NCS) Shoe and Garment Factories Projects in Aba and the Janguza Tannery Factory Project in Kano, the Port Harcourt Industrial Park Project and the Port Harcourt– Maiduguri Narrow Gauge with O&M phase as Concession.

“The Bonny Deep Water Port has the potential to bridge the maritime infrastructure gap and boost economic activities along the South-South, South East, North Central and North East geo-political zones. It would also ease pressure on the Western Ports (Apapa and Tin Can Island) which at the moment handles about 90% of container and cargo traffic into the country. The 35 year concession project cost about $550M.

“Similarly, the Port Harcourt Industrial Park Project which cost $291M, is proposed to be handled by a design, build, finance, operate and transfer (DBFOT) model. It would  promote socio-economic activities across a land area of 84 hectares and when completed, will consist of 12 standardised workshops with a total construction area of 100,000-meter square, office blocks of 2,500-meter square, living area of 1,150meter square and other supporting facilities.  “The project is in partnership with the China Civil Engineering & Construction Company Limited (CCECC) by direct investment plan,” ICRC said.

The commission said that the reconstruction of Port Harcourt — Maiduguri Eastern Narrow-Gauge Railway, which will cost about $3 billion, will support economic recovery as a result of the impact of insurgency and Covid-19 pandemic, adding that the shoe, garment and tannery facilities will in addition, generate direct employment of 239, 801, and 250 persons respectively.

“FEC also gave approval for the rehabilitation of the reconstruction of Port Harcourt – Maiduguri Eastern Narrow-Gauge Railway at a cost of about 3 billion dollars. This project will substantially support efforts of Government for economic recovery from damage caused by insurgency and Covid 19 pandemic. This project will ensure the entire stretch from Port Harcourt to Maiduguri are linked by rail, with the branch lines to over six States along the corridor.

“The Nigerian Correctional Service (NCS) Shoe and Garment factories in Aba, Abia state and the Leather Factory Janguza, Kano on the other hand are Joint Venture (JV)PPP projects to be handled using the Design, Upgrade, Operate and Transfer procurement model. Each of these projects is coming with skills acquisition units to upgrade skills in Aba and Kano. The shoe, garment and tannery facilities will in addition, generate direct employment of 239, 801, and 250 persons respectively.  The project is about $13M.

“The next stage for these Projects after FEC approval is for the respective Ministries to proceed to signing of concession agreements with successful bidders,” the commission stated.