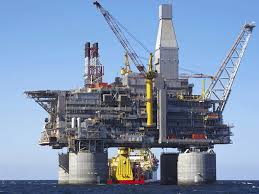 Emeritus Professor of Petroleum Economist and Policy Research, Prof. Wumi Iledare, has advised the federal government to cede 50 per cent of the oil royalties to the host communities.

In a report released by the street journal, Iledare said this would help accelerate development in the oil producing communities that are currently suffering development challenges despite some special funds that were created and being released for the development of the communities.

Iledare made the suggestion in a paper entitled: “The New PIB: Addressing the Host Communities Question,” which he presented at a recent policy dialogue on reporting the Nigeria oil and gas sector, in Lagos.

The programme was organised by the Facility for Oil Sector Transparency and Reform in Nigeria (FOSTER), an advocacy group pushing for reforms and judicious utilisation of Nigeria’s hydrocarbon resources.

The professor said the money should be domiciled in the Host Community Trust Fund which is being proposed in the Petroleum Industry Bill (PIB) for the genuine development of the communities for the sake of posterity.

He argued that none of the 13 per cent derivation fund being allocated to the Niger Delta Development Commission (NDDC), the monthly allocations to oil producing states and the Corporate Social Responsibility (CSR) projects carried out by oil companies had been able to stop the agitations by the host communities.

“The federal government should surrender 50 per cent of the royalty money to this host community fund for posterity sake. It must be used to develop the education sector and facilities that will lead to job creation in those states and communities,” Iledare said.

The petroleum economist equally urged the federal government and the host communities to guard against the potential capture of the fund by the elites, warning also that oil companies should be made to avoid duplicating such host community trust fund by setting up theirs.

On the issue of deregulation of petrol pricing, Iledare said there was no deregulation yet because the Petroleum Act had not been repealed or amended to support deregulation.

He said: “Deregulation has two components to it: liberalisation and restructuring. You cannot be claiming you have deregulated if Petroleum Act is still in existence. Because the Petroleum Act gives the power to the Minister to determine or set the price.

“So it is illegal for NNPC to set petrol prices because NNPC is not minister, and indirectly NNPC is the one setting the price now when they tell what the depot price is and marketers will add their own.

“That’s an indirect way of setting the price and it is illegal, the monopoly is supposed to be removed.

He further said: “there must be a law, a regulation backing it up, that anybody who then sets the price must be punished.

“Knowing what the exchange rate is today -almost N500 to a dollar. A lot of foreign exchange reserve is to guarantee the import of petroleum products.”