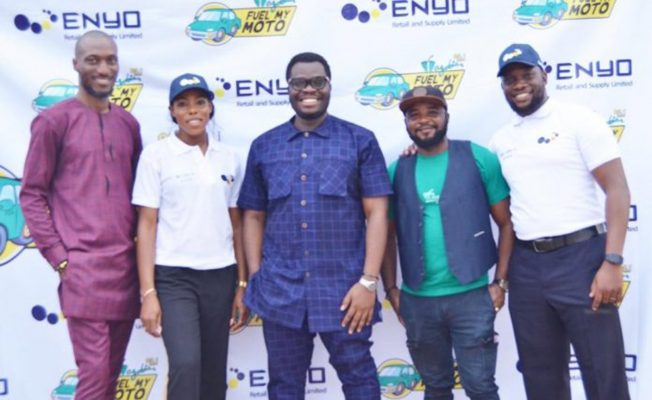 One of such operators in the downstream that has thrived despite challenges in the sector is Enyo Retail and Supply Limited. The company was founded in May 2017 by its Chairman, Tunde Folawiyo. Therefore, Enyo is a sister company to Folawiyo Energy, a tank farm firm.

Speaking to journalists at the Correspondence Breakfast in Lagos, the Chief Executive Officer (CEO) of Enyo, Yomi Awobokun explained that the indigenous oil trading company has not bought any other company contrary to reports. “Everything we built by ourselves.” He added that it is not true the rumours making the rounds in some quarters that Enyo bought some companies.

“By next year the company we keep growing and this year we grow the business 100% now that we are slightly bigger, we may not be able to do 100% but we are going to keep growing reserves”

Awobokun made it known that in the downstream business, no company has grown so fast like Enyo. The staff strength is currently one thousand and two hundred which include the station and head office team. Enyo does not recruit directly to the head office except with a specialist skill, such a staff must have worked at the station after excelling then promoted to the head office role.

He explained that the reason for such gesture is “that it allows us to focus on the quality of the people we are employing into the stations. Ultimately, almost anybody there should be able to transit into head office and get a more senior role.”

The Enyo CEO revealed that the company started business in the year with about 50 trucks in its fleet which it owns including its partners. But presently it has about 200 fleets. He said TSL, a logistics company is one of its strongest partners in terms of fleet. Enyo also partners with Castrol and Eterna to distribute blended lubricant while the company has rolled its own car maintenance sector which is called VINCON with 23 sites across the country where it rendered vehicle maintenances primarily with trained mechanics. This is to render services to the public.

The company has its own brand of cooking gas known as Superior Liquified Gas with three LPG plants, two in Lagos and one in the outskirts. It is looking forward to set up special LPG facility for the Lekki community in Lagos.

The CEO of Enyo disclosed the business has made a lot of progress and support from its chairman to the board of directors. He thanked the chairman and the company’s partners that have allowed the company’s brand to flourish.

Awobokun said Enyo has cooperative partners who had given the company sites for operation while some recommended the brand to friends, relative and acquaintances.

Customers have known Enyo for its integrity as its litre is not compromised, the company core values has set it apart making it distinct from other operators in the downstream.

Enyo is making waves in the industry and has rolled out its products and business to customers involving huge companies in the cement space including the service industry while its day to day business is growing rapidly.

According to Awobokun, “in 2019, we have a lot to thank God for we did have a very successful year on many of the goals that we set.” He applauded the board and the chairman who allowed the business to grow along the line of which it was founded with strong on integrity and trust. A brand that will be respected and the intention is to change the narrative of downstream and contribute positively to it.

The Enyo CEO expressed concern that historical story of the downstream sector is synonymous with fraud and negative report but hopefully Enyo’s vision is to change the landscape of the downstream from negativity to positivity. It will metamorphose to newer, nicer stories about the downstream.