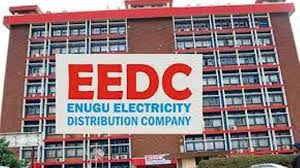 As part of it commitment towards rewarding excellence and hardwork in its organization, the Enugu Electricity Distribution PLC (EEDC) has promoted 521 of its staff that performed exceptionally well in their respective areas.

A statement from the organisation signed by the Head, Corporate Communications, EEDC, Emeka Ezeh said that the move demonstrated the DisCos’s belief in staff motivation and welfare.

Giving a breakdown of the promotion, Ezeh, stated that 54 staff of the organisation who were in acting positions had their appointments confirmed, 408 received step increases, while 59 were promoted to the next level.

ThisDay reports that he further explained that in 2017, EEDC adopted the Performance Management system as a means of measuring and evaluating the performance of its staff, in line with their respective Key Performance Indices (KPIs). This allowed every staff to be objectively assessed by their supervisors at the end of the appraisal period, based on their KPIs.

The management of EEDC, through a memo signed by the Acting Head of Human Resources, Nkiru Chukwuma, congratulated the affected staff and encouraged others to keep putting in their best towards the progress of the organisation.

Part of the memo read, “Management appreciates the contribution of all staff towards our common goal and promises to continually reward hard work, creativity and tenacity.”