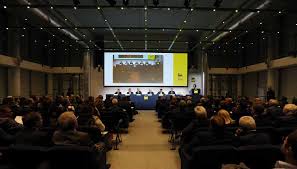 Italian energy giant, Eni, has said it trained more than 19,000 employees on human rights in 2019, capping a total of 25,845 hours, as part of its commitment to human rights.

This was contained in the updated version of its “Eni for Human Rights,” report published yesterday on its official website.

The periodic report provides comprehensive information on its commitment to the respect for human rights, showing a strengthening of its internal procedures.

Eni stated that to promote a shared knowledge on human rights issues and create a common language on the matter at a corporate level, it has implemented a wide range of training programs and initiatives.

Speaking on this,   Eni’s Chief Executive Officer, Claudio Descalzi, was quoted saying: “Such commitment assumes an increasing relevance in a world that is facing the consequences of the Covid-19 pandemic.

“In terms of health and economic concerns for workers and communities that amplify the already existing inequalities, and the persisting racist sentiments. Now more than ever, reinforcing our commitment for the respect of human rights is key to tackle the current challenges”.

“For us, respecting human rights means first of all recognizing the value of each person, ensuring their dignity, safety and health, equal working conditions and, most of all, promoting diversity. These values are deeply rooted in Eni’s identity and corporate culture, guiding our actions and activities in the 66 countries where we operate.” Descalzi stressed.

The company noted that in the last months, “Eni has taken important steps in the process of spreading and consolidating the culture of respect for human rights. The company has strengthened its internal procedures to shape a structured due diligence process, adopted a renewed Code of Ethics, and a supplier Code of Conduct, which outlines the minimum requirements and expectations against which all its suppliers are required to comply.”

The report builds on the work undertaken by Eni over the past 6 years. “In September 2019, the company launched a new corporate mission, which is inspired by the United Nations’ Sustainable Development Goals (SDGs) and demonstrates Eni’s commitment for a just transition towards a low carbon future that is socially fair, aiming to minimize existing gaps among countries. Furthermore, in December 2018, the company adopted Eni’s Statement on Respect for Human Rights, which reflects the most relevant human rights issues, in line with the foundations set by the UN Guiding Principles on Business and Human Rights (UNGPs),” it said.

In May 2020, Eni was admitted as “Engaged Corporate Participant” of the Voluntary Principles Initiative, the multi-stakeholder initiative composed of Governments, key international NGOs and companies, which promotes the implementation of the Voluntary Principles on Security and Human Rights, a set of principles aimed at supporting and guiding companies in addressing human rights risks in security activities.

New Tariff order to take off in July – Minister of Power