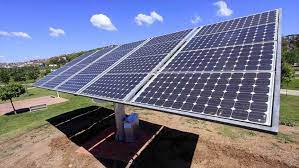 Tunisia’s Director General of hydrocarbons at the Ministry of Industry and Energy, Rachid Ben Dali has said the departure of Italian oil company ENI from Tunisia follows its decision to stop its fossil fuel exploitation activities and to invest in clean energy.

Ben Dali, during a press conference, stated that the Italian oil group has decided to leave Tunisia, as part of its approach to invest in more profitable fields around the world, such as Egypt and Mozambique.

He pointed out that the agreements, concluded between Tunisia and ENI, guarantees the latter the right to sell its shares to another party that is at the same financial and technical level.

So far, no other company has applied for this, he stressed, adding that this file is managed by the Consultative Committee of Hydrocarbons.

The DG debunked rumours that Anglo-Dutch company, Shell has decided to leave Tunisia, stating that the oil company has no intention of giving up its activities in the country.

He added that the resumption of oil activities in Tunisia remains dependent on a favourable investment climate and a stable social situation, noting in this regard that oil activity has dropped by 50% compared to 2010.

“The national production of hydrocarbons, went from 7 million tonnes of oil equivalent (toe) in 2010, to less than 4.5 million toe in 2020,” he noted.

The Director of Exploration at the Directorate General of Hydrocarbons, Rania Marzouki stated that the decline is due to the non-renewal of the national stock, noting that the number of permits has reached 23 in 2020, against 52 permits in 2010.

“No research and exploration permits have been granted for three consecutive years (2014, 2015 and 2016). Only six permits were granted in 2019 and four permits will be granted in 2021,” said Marzouki.