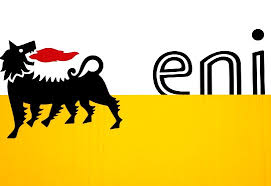 Eni has signed an agreement with X–Elio for the acquisition of three photovoltaic projects in southern Spain for a total capacity of 140 MW, a release by the company said on Thursday.

Eni and X-Elio have also entered into discussions for a larger strategic collaboration for the development of renewable projects in Spain, where Eni is aiming to grow up to 1 GW in the next five years contributing to the 5GW installed capacity from renewable sources target for 2025.

X-Elio is one of the world’s leading renewable energy developers with significant presence in Spain, where it has developed and built more than 1 GW. The firm has currently 250 MW under construction in the country, over 650 MW through PPAs (Power Purchase Agreement) and over 1.5 GW under development.

According to the agreement, the transfer of the projects will be subject to customary authorization starting from the second semester of 2021. Eni will be responsible for the construction of the plants and for the electricity commercialisation.

Claudio Descalzi, Chief Executive Officer of Eni, has stated: ”This initiative greatly reinforces Eni’s presence in the Spanish market with a remarkable investment in the renewable energy sector, and it complements the existing businesses already established in the region. The development of photovoltaic projects is consistent with our strategy in support of the energy transition and is a key element of Eni’s commitment in reducing CO2 emissions. Furthermore, this acquisition allows for the future deployment of existing synergies with the power & gas retail business”.

This agreement adds to the other recently signed by Eni gas e luce, 100% subsidiary of Eni, with Grupo Pitma for the acquisition of 100% of Aldro Energía Y Soluciones S.L., that operates in Spain and Portugal selling electricity, gas and services to household customers as well as large, medium and small businesses.

Moreover, Eni is about to finalise the agreements for the amicable settlement of the disputes relating to Union Fenosa Gas, after which Eni will directly begin the commercialisation of natural gas in Spain to the industrial and thermoelectric sectors and to wholesalers, therefore enhancing its presence in the European gas market.