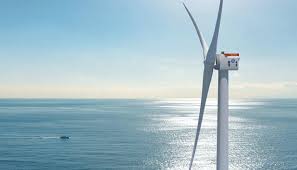 Eni enters the world’s largest offshore wind project with the acquisition of a 20% stake in the UK Dogger Bank (A and B) 2.4 GW project

Eni has entered the UK offshore wind market for electricity production through the acquisition of a 20 percent stake from Equinor and SSE Renewables of the Dogger Bank (A and B) project.

A release by the company on Friday said, ”The project involves the installation of 190 state-of-the-art turbines situated approximately 80 miles from the British coast. Each turbine has a capacity of 13 MW for a total capacity of 2.4 GW. At full capacity, Dogger Bank (3.6 GW) will be the world’s largest project of its kind, generating around 5 percent of UK demand for renewable electricity and supplying energy to approximately 6 million British families.

“The construction of the Dogger Bank (A and B) is expected to cost a total of £6 billion and will take place in two stages, with the first to be completed by 2023, and the second by 2024.”

This acquisition sees Eni enter the Northern Europe offshore wind market, one of the most promising and stable in the world, with two partners that have extensive experience in the sector, and with whom it will be able to enhance its own expertise in the construction and operation of offshore wind farms for future projects in other areas as well.

By entering the Dogger Bank (A and B) project, Eni adds 480 MW of renewable energy to its 2025 target of 5GW of installed capacity from renewable sources, while it will additionally be able to explore potential synergies with the retail business.

Eni has been advised on this transaction by RBC Europe limited, acting as exclusive financial advisor, and Bracewell (UK) LLP as legal advisor.

Speaking on the project, the release quoted the Chief Executive Officer of Eni, Claudio Descalzi as saying: “For Eni, entering the offshore wind market in Northern Europe is a great opportunity to gain further skills in the sector thanks to the collaboration with two of the industry’s leading companies, and to make a substantial contribution to the 2025 target of 5 GW of installed capacity from renewables, an intermediate step towards the more ambitious target of zero net direct and indirect greenhouse gas emissions in Europe by 2050.”

Eni is active in the country as operator of the Liverpool Bay Area project in NW England, for which it was recently awarded a CO2 appraisal and storage licence by the Oil and Gas Authority.

Eni, together with BP, Equinor, National Grid, Shell and Total, has formed the Northern Endurance Partnership (NEP), with BP as operator. The partnership aims to develop offshore CO2 transport and storage infrastructure that will serve the two decarbonisation projects of the industrial clusters of NE England: Net Zero Teesside (of Which Eni is partner, and Zero Carbon Humber. The two projects plan the combined capture and storage of climate-changing emissions from industrial sites and power plants, and the development of market for low emission hydrogen production (blue hydrogen).