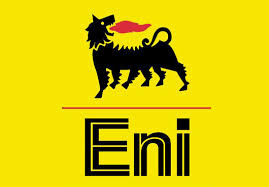 Italian energy giant, Eni, has announced the successful award of a new Production Licence, resulting from an application made in the 32nd UK Offshore Licensing Round.

A release by the company on Tuesday said that the Licence, named P2511, covers an area of approximately 340 square kilometres and is located approximately 250 km offshore UK in the Northern North Sea in a water depth ranging from 100 to 130 m.

According to the release,   it is situated near the UK/Norwegian border where several significant discoveries were recently made.

“The Licence has an Initial Exploration Term of six years. Eni UK will assume the role of operator with a 100 percent participating interest.

“Through the Licence participation, Eni renews its commitment to the valorisation of resources in the UK sector of the North Sea where the company has been operating for over 50 years,” the release stated.

In January 2009, the company announced that it has made a promising gas and condensate discovery in the Culzean prospect in the UK Central North Sea. The Culzean exploration well was successfully completed, confirming the presence of hydrocarbons.

In July 2020, the company submitted its plans for decommissioning of six platforms on the Hewett field to the UK authorities.

The Hewett field is located in the Southern North Sea, about 22 km northeast of the Norfolk coast.

Eni has been present in the UK since 1964 and is currently active in the Exploration & Production sector, with a production of 55 Kboed as well as in the Gas & Power and Refining & Marketing & Chemicals sectors. In October 2020 Eni has been awarded a carbon storage licence in the Liverpool Bay area of the East Irish Sea.