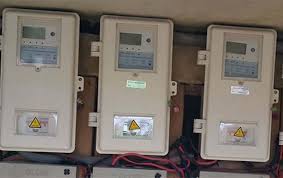 Following President Muhammadu Buhari’s approval of one year deferment of the 35 per cent import levy on electricity meters to help improve Nigeria’s electricity meter deficit, the Electricity Meter Manufacturers Association of Nigeria (EMMAN) has appealed to the Federal Government to review its decision to promote full local content in the  manufacturing of pre-paid meters.The association says the directive to defer 35 per cent import duties on importation of pre-paid meters is an incentive for mass importation of pre-paid meters as against upscaling of production capacity of made in Nigeria. According to it, the local manufacturers are not been patronised by Off-takers at the downstream of the power sector value chain because they are not prepared to cut corners. EMMAN believes the presidential approval of tax deferment on importation of 3 million finished electricity meters would have negative effects on the power sector. It says allowing such decision to run for a year would jeopardise  government efforts at industrialising the country.