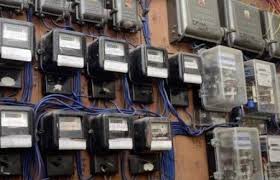 Following President Muhammadu Buhari’s approval of one year deferment of the 35 per cent import levy on electricity meters to help improve Nigeria’s electricity meter deficit, the Electricity Meter Manufacturers Association of Nigeria (EMMAN) has appealed to the Federal Government to review its decision to promote full local content in the manufacturing of pre-paid meters.

According to it, the local manufacturers are not being patronised by off-takers at the downstream of the power sector value chain because they are not prepared to cut corners.

EMMAN believes the presidential approval of tax deferment on importation of 3 million finished electricity meters would have negative effects on the power sector.

It says allowing such decision to run for a year would jeopardise government efforts at industrialising the country.

The group stresses that the deferment might set back the development that was already on ground while the decision would dampen the hope of the local manufacturers as well as cripple the anticipated growth in the sector.

It noted that as an in-depth manufacturer in the sector, it takes an average of three months to set up SKD (Semi Knocked Down)/ Completely Knocked Down (CKD) factory.

The association, therefore, advised the government that importers should be encouraged to set up factories so as to create a value chain that would provide employment opportunities to Nigerians.

It would be recalled that President Buhari considered and approved a one-year deferment of the 35 percent import adjustment tax (levy) imposed on fully built unit (FBU) electricity meters HS Code 9028.30.00.00 under the 2019 fiscal policy measures for the implementation of Economic Community of West African States (ECOWAS) common external tariff (CET) 2017 – 2022.

The approval for the adjustment followed a request by Zainab Ahmed, Minister of Finance, Budget and National Planning, to support the Nigerian Electricity Regulatory Commission (NERC) roll out 3million electricity meters under the Meter Asset Provider (MAP) framework.

MAP regulation is a gradual up scaling of the patronage of local manufacturers of electricity meters with an initial minimum local content of 30 percent with the potential of significant job creation in the area of meter assembly, installation and maintenance.

Speaking as a member of the Original Equipment Manufacturer (OEM) in the downstream of the power sector, Mr Kola Balogun, Chairman of Momas Electricity Meters Manufacturing Limited (MEMMCOL), said that the 35 per cent levy is the only protection that is available to them in the sector and it is not peculiar to the sector alone.

Balogun said the removal us an indication that the government is more disposed to favour importation to the detriment of our local industry.

“The implication of this is that over 600million US dollars would be exported to China to import the approved 3million meters. This means we would further be developing another country’s economy and continue to increase unemployment, poverty and underdevelopment in our country.

“We are bold to emphatically say that we at MEMMCOL, have the local capability to bridge the metering gap if the right policy is put in place.

“This can be by way of financial intervention by the government whereby certain agreed percentage of the cost of meter supply would be advanced to us like the importers do with the Chinese and upon completion of installation balance payment would be made to us.

“We do not even mind to furnish a bank guarantee as our own commitment in such deal.”

According to him, the right thing that would have been done by the government is to identify challenges facing local manufacturers and find a way to proffer solutions.

“For instance there is high tariff rates payable to import raw materials that are not readily available in the country, the duty payable on our raw materials ranges from  five per cent per to 40 per cent plus other port charges.

These are like the ETLS of 0.5 per cent, CISS of one we cent, VAT of 7.5 per cent and surcharge of 7 per cent whereas it is a one off payment of 10 per cent duty on the finished meters plus other port charges for Importers and we sell at the same regulated prices.

“You will agree with me that this is not fair to the manufacturers given the amount of investments manufacturers put in place in terms of technology transfer, plant and machinery, human capital development through training and retraining, research and development,” he added.

The chairman stressed that was the major reason most of the industries in the country had closed down because of high production costs, thereby making manufacturing not to be viable and encouraging.

Balogun, therefore, suggested that the way forward was backward integration whereby government would categorise the key local players in the sector and other sectors of our economy, according to their production processes by separating assemblers from manufacturers and issue certificates accordingly.

The MEMMCOL boss said all the raw materials necessary to manufacture would be made to attract zero per cent import tariff rate for OBM/OEM manufacturers while the relevant government offices would monitor the use of the gains from the import tariff policy to ensure that they plough it back into their investment.

This, he added, would develop the sector and the economy at large as well as encourage the manufacturers of the raw materials to come and set up their factories in the country.

According to him, there will be no reasons for the country to import anymore.

“We wish to use this medium to advise the Federal Government to send its delegate to verify our capability and replicate this across all our various sectors so as to be well informed before taking industrial decisions,” Balogun said.

Mr Kunle Olubiyo, President, Nigeria Consumer Protection Network, also said  there is an urgent need for Federal Government of Nigeria to put in place a very strict regime of sanctions against off-takers who have deliberately refused to accept indigenous technology and made in Nigeria pre-paid meters  or pre-paid meters assembled in Nigeria.

Olubiyo noted that metering devices in the electricity sector provides the end users, the market players, participants and seemingly regulatory agencies a spectrum of energy, accountability, efficiency conservation and of course probity.

He said, the issues of customer centricity, customers satisfaction, value for money, customers behaviours, customers being short changed, liquidity challenges and prospects for reasonable returns on investments amongst others were all linked to effective metering and closures of the embarrassingly huge metering gaps.

“As important as the vexed issue of metering are, there are other variables and extraneous factors that, if not eradicated or boldly addressed once and for all, Nigerian Electricity Market shall remain an elusive growth and a vicious circles of stagnation.

“As Electricity Consumers, we have taken our time to present our position to Federal Government of Nigeria via a five-page document tagged, “Conditions Precedent to Increase in Electricity Tariff.

“As a matter of fact, what we need now is a review downward of the presently discriminatory pricing of gas pricing methodology and disparity in the gas pricing business model with different pricing options for different off-takers.

“Electricity consumers are increasingly being made to pay for fixed cost, padded cost, over-bloated indexes of hyper inflated cost of production of each unit of electricity measured in kilowatt per hour etc.,” Olubiyo said.

According to him, end users of electricity have been badly battered and impoverished by a cartels of energy cabals fiddling with the economic soul of Nigeria and holding the Nation down in perpetually counter-productive operations.

He added, “With just political will and sincerity of purpose, Nigerian government could change the narratives and not only make Nigeria great again but make her a more virile, robustly prosperous and globally-competitive reindustrialised country.”