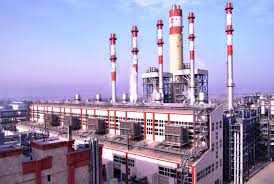 Transmission and distribution challenges are making the quantum of electricity generated in Nigeria  rejected or forced to be reduced by an average of 4,210 megawatts daily, power generation companies have said.

In a document obtained by Punch in Abuja from the Association of Power Generation Companies, the Gencos stated that the forced reduction of generated electricity had dragged on for several years.

The APGC stated that the supply growth from pre-privatisation to date showed that available generation capacity, which was 3,427.5MW had increased by 138.34 per cent to 8,169MW.

The APGC said Gencos recovered 4,741.5MW stating that “However, due to system constraints, generated power is rejected or forced to be reduced to match the infrastructure that transmits and distributes this power to the customer.”

They added, “A case in point: Between January to August 2020, despite an available generation capacity of 8,169MW, Gencos were only allowed to generate 3,959MW, thus losing an average of 4,210MW daily.”

The APGC stated that it was imperative to note that the wellbeing of a power generation company goes beyond efficient operations to include its ability to generate income from power generated.

It noted that with a total available installed generation capacity of more than 8,000MW and maximum wheeling capacity of not more than 5,500MW, there would always be a recurring instance of over 2,500MW idle generation.

“Idle generation represents capital investment not able to yield revenue that will hence impact the ability of the Gencos to support efficient operations and service loans used in developing the power plants,” the association stated.

It said out of the meagre 5,500MW of transmission wheeling capacity, the Discos had not proven to be able to distribute more than 4,500MW, continuously leaving yet another 1,000MW of generation capacity unutilised.

It said, “In total, due to the combined technical incapacitation of TCN (Transmission Company of Nigeria) and the Discos, the Gencos are unable to deploy a total of 3,500MW of capacity that would ensure sustainable profitable operations.

“If one considers the fact that the Discos have in the recent past been operating around 3,500MW or below, this figure escalates to 4,000MW of idle capacity.”

It added, “In effect, the Gencos are not able to deploy over 4,000MW of idle power.”

The APGC stated that out of the over 4,000MW wheeled by TCN in first quarter of 2020, the Discos only remitted an average of 20 per cent (800MW) of this power as revenue to the Nigerian Bulk Electricity Trading company.

This, it said, made a total of 7,200MW generation capacity that was not yielding revenue for the Gencos.

The Gencos also noted that any government that subsidises 75-80 per cent of distributed power had yet to come to terms with the tenets of privatisation.