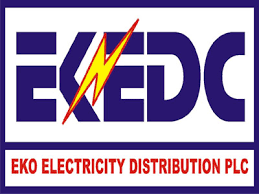 Eko Electricity Distribution Company (EKEDC) has warned its customers to refrain from engaging in illegal connection to avoid facing the full wrath of the law.

The General Manager, Corporate Communications, EKEDC,  Mr. Godwin Idemudia, gave the warning in a statement issued on Friday in Lagos.

Idemudia said the warning followed the recent arraignment of a middle aged man (names withheld) before a Magistrates’ Court sitting in Ajegunle for allegedly reconnecting power to a church in the area.

He said the court also ordered the immediate arrest and arraignment of the pastor of the said church over the alleged offence.

Idemudia admonished customers to desist from illegal connection and appealed to them to also report any case of extortion or bribery from staff members or third-party agents.

According to him, this can be done  via the company’s whistleblower platform whistleblower@ekedp.com or any of its social media platforms.

“We plead with our customers to pay their bills on time to avoid the embarrassment of disconnection which may lead to being tempted to engage in illegal connection”, Idemudia said.