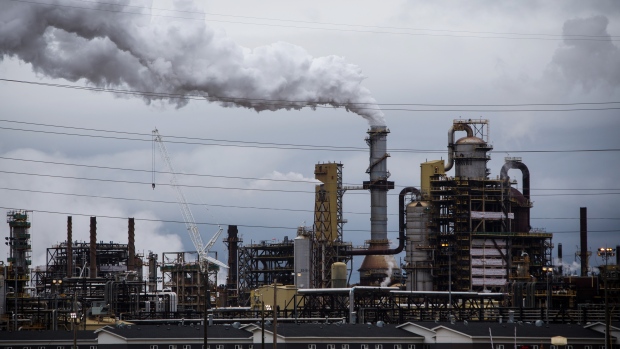 …Project to create jobs for 1500 persons

The 2500 barrels per modular refinery being established at Egbokor, Edo State by Duport Midstream Company Limited in partnership with the Nigerian Content Development and Monitoring Board (NCDMB) will be ready for commissioning in the last quarter of 2021.

The Executive Secretary of the NCDMB, Engr. Simbi Kesiye Wabote visited the project site on Friday to assess the progress of work on the fabrication of the tank farms, civil works, pipeline installation and other site preparation works and confirmed that the project had reached 80 percent completion.

He said the modules for the 2 Megawatts power plant and the control room were being fabricated and assembled in Lagos for delivery to the site.

The modular refinery is part of the Duport Energy Park conceived to include a 30 million standard cubic feet per day gas processing facility and a power plant.

NCDMB’s partnership with the Duport Energy Park was approved in June 2020 by the Board’s Governing Council chaired by the Minister of State for Petroleum Resources, Chief Timipre Sylva. The project is being supported under NCDMB’s commercial ventures programme, which is also in sync with the agency’s vision to serve as a catalyst for the industrialisation of the Nigerian oil and gas industry and its linkage sectors.

Speaking after the site tour, the NCDMB chieftain commended the contractors for the substantial progress they had made on the project. He hinted that the operational phase of the refinery would create employment for 100 persons and indirect and induced jobs for about 1500 persons.

He emphasised that the Board’s partnership with Duport Midstream and other investors to develop critical energy facilities were conceived to support President Muhammadu Buhari’s drive to create millions of jobs for the Nigerian populace. He assured that NCDMB was committed to create jobs for Nigerians through its direct projects and partnerships with other project promoters.

According to Wabote, “when the Federal Government enunciated the policy on the development of modular refineries, NCDMB decided to explore ways through which we can build modular refineries to refine products locally. We first partnered with Waltesmith Modular Refinery in Imo State and it is already operational, refining 5000 barrels of crude per day. Azikel Modular Refinery in Bayelsa State is the second one and this Duport project is the third project and we believe that it would be commissioned in the last quarter of this year.”

The Executive Secretary and his delegation also paid a courtesy visit to the Governor of Edo State, Mr. Godwin Obaseki at the Government House in Benin.

He remarked during the visit that Section 70 of the Nigerian Oil and Gas Industry Content Development (NOGICD) Act mandates the NCDMB to assist local contractors and Nigerian companies to develop their capabilities and capacities to further the attainment of the goal of developing Nigerian Content in the Nigerian oil and gas industry.

He added that the Board relied on that provision to go into partnerships with select project promoters to catalyse the realization of Federal Government’s policy pronouncements.

He mentioned that the Duport Energy Park is one of the series of the Board’s partnerships to contribute to the implementation of the Modular Refinery aspect of the Federal Government’s Refining Roadmap.

Wabote commended the Edo State Governor for a providing conducive environment for the Duport Energy Park project and underscored the peaceful disposition of the host communities that attracted the investment. He said the project has created job opportunities at the construction phase and the employment numbers would multiply during the operations and maintenance phase.

He restated that one of the key benefits for the establishment of modular refineries is the steady rebuilding of local skills in refinery operations especially amongst the young workforce.

In his response, Governor Obaseki commended the NCDMB for its developmental strides and expressed hope for more partnership as it continues to provide favourable working conditions in the state for all the projects of the Board.

Light at the end of the tunnel as $200m Cabotage Fund gets approval after 18 years.