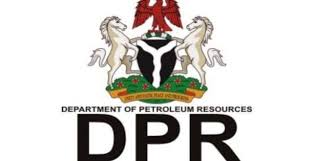 Mordi chukwunonso Esther
The Department of Petroleum Resources has warned fuel depot owners against hoarding petroleum products in their facilities, adding that it would sanction erring operators.
The warning was issued by The Director, DPR, Mr Sarki Auwalu, on Wednesday in Lagos, according to a statement by the agency’s Head of Public Affairs, Mr Paul Osu
Auwalu said the warning was necessitated by reports received by the agency on the activities of some depot owners who had created artificial scarcity by hoarding products in some parts of the country

According to him, the depot owners’ nefarious activities are causing Nigerians untold hardships.He said from available records, there was product sufficiency in the country, adding that there was no need for “such practices by these group of unpatriotic citizens”.
Auwalu said the DPR, as the licence issuers to all oil and gas facilities in Nigeria including the depots, would not hesitate to apply appropriate sanctions on any depot found wanting in this regard.

Earlier, a report from Punch had said that some fuel marketers had started adjusting their petrol pump prices amid the supply shortage facing private depots in Apapa.

Punch correspondents observed that some filling stations in Lagos and Ogun states increased the pump price of petrol to N170 per litre on Tuesday from N162 per litre.