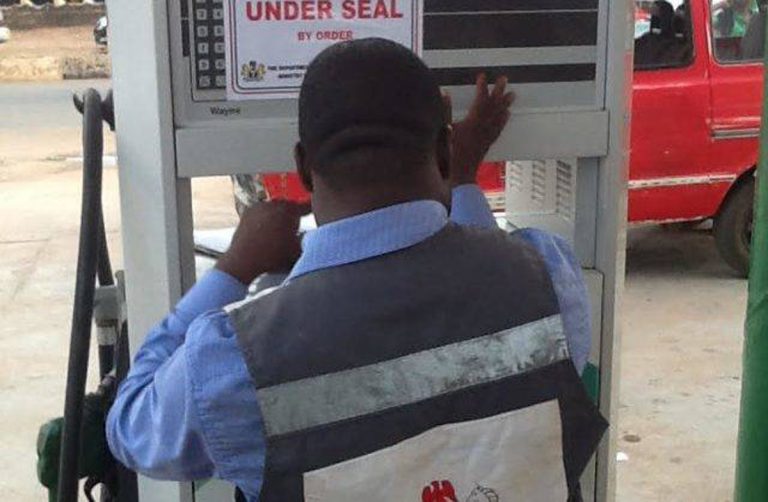 Mr Philip Awolu, Operations Controller of DPR in the state, disclosed this on Wednesday while speaking  in Calabar.

Awolu said that the stations were sealed for violating operational guidelines and stipulated standard of the DPR.

He said that some of the managers of the sealed stations paid their sanctioned fees and thereafter, they were unsealed for business.

According to Awolu, the achievements recorded within the period under review across the state were made possible through intensified surveillance and cooperation of staff of the agency.

“For the year 2019, we inspected about 1,170 filling stations across the state and out of that, about 876 were active, 56 were sealed while others were shanties filling stations that cannot be regularised.

“Some of the managers of the sealed filling station paid their sanctioned fee and thereafter we unsealed them for business.

“During the year also, we received over 200 applications from petroleum market retailers.

“We processed and issued about 93 of different categories of approval ranging from suitability approval, license to operate and others,” he said.

Awolu said that the DPR also granted approval to depot operators for various activities ranging from clearing of vessels.

He said that the agency generated revenue to government coffers through the processing of applications for marketers.

On operational activities at the Calabar depot, Awolu said a number of depots were inactive, while those still operating were adhering to stipulated guidelines and safety standard.

He assured that there was enough petroleum products that would serve motorists and other users during the Christmas period and beyond.

“This product will serve the people up to February. We don’t envisage any scarcity at all,” Awolu said.

He warned against any form of diversion, saying that DPR would intensify its surveillance to ensure that all ‘unfit stations’ were made to meet the required standard and have operational license.

On gas retailing in the state, Awolu said that DPR was working to ensure that all dispensing outlets were removed from residential areas for safety.