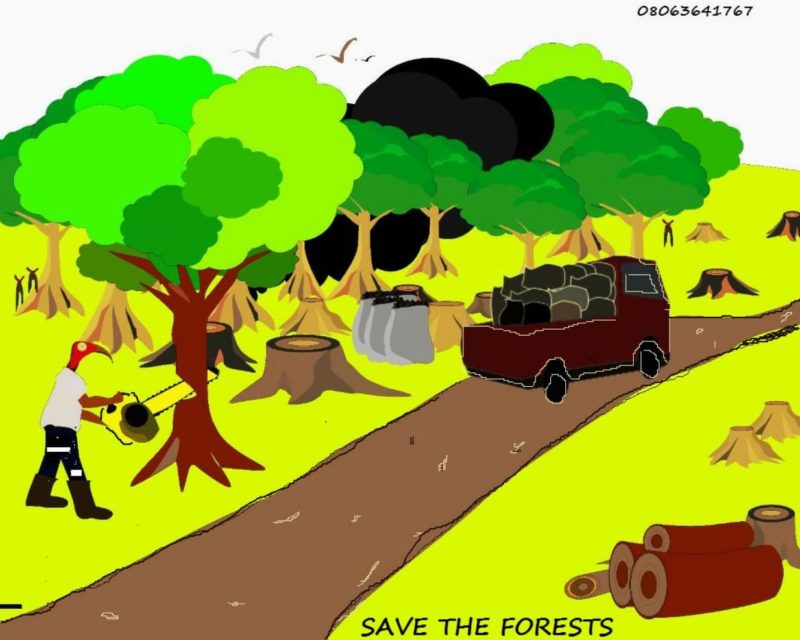 Olayemi made the call at the sensitisation programme organised by the Agricultural and Rural Management Training Institute (ARMTI) in conjunction with the Regional Centre of Expertise on Education for Sustainable Development for farmers in Kwara and Kogi states.

He urged government to make kerosene and cooking gas available and affordable to Nigerians to discourage people from using charcoal as an alternative cooking source.

In a paper entitled: “Charcoal Production: Burning for Sustainability”, he said that the use of other sources for cooking would prevent indiscriminate cutting of trees.

Olayemi, who is a Focal Person of the Centre, said that it would prevent charcoal production and curb deforestation in the country.

The don called for more enlightenment programmes to sensitise the public on the dangers associated with cutting of trees and making of charcoal from the forests.

Olayemi said that the use of other sources of cooking would prevent indiscriminate cutting of trees, prevent charcoal production and curb deforestation in the country.

He called for more enlightenment programmes for the public to be aware of the dangers associated with cutting of trees and making of charcoal from the forests.

He noted that the aim of the sensitisation outreach was to discuss ideas, problems and issues in the charcoal sector in Kwara and Nigeria in general.

The don said that the programme specifically aimed at finding out the options for those whose livelihoods were affected by the ban on the production of charcoal.

“It is also to identify follow up action with the policy makers and allow participants to agree on a list of what the issues are and suggest solutions on the way out,’’ he said.

Earlier, the Executive Director of ARMTI, Dr Olufemi Oladunni, said that the Centre had identified 72 farmers from Kwara and Kogi states to be sensitised on the subject matter.

“When we are aware of the environmental, socio-economic and health impacts of charcoal production, we would not need any prosecution or threats to deter people, rather, the people would be the ones sensitising others against the practice,” he said.

Protecting the climate whilst protecting jobs

N-Power: Over 1 million Applications in 48 Hours.